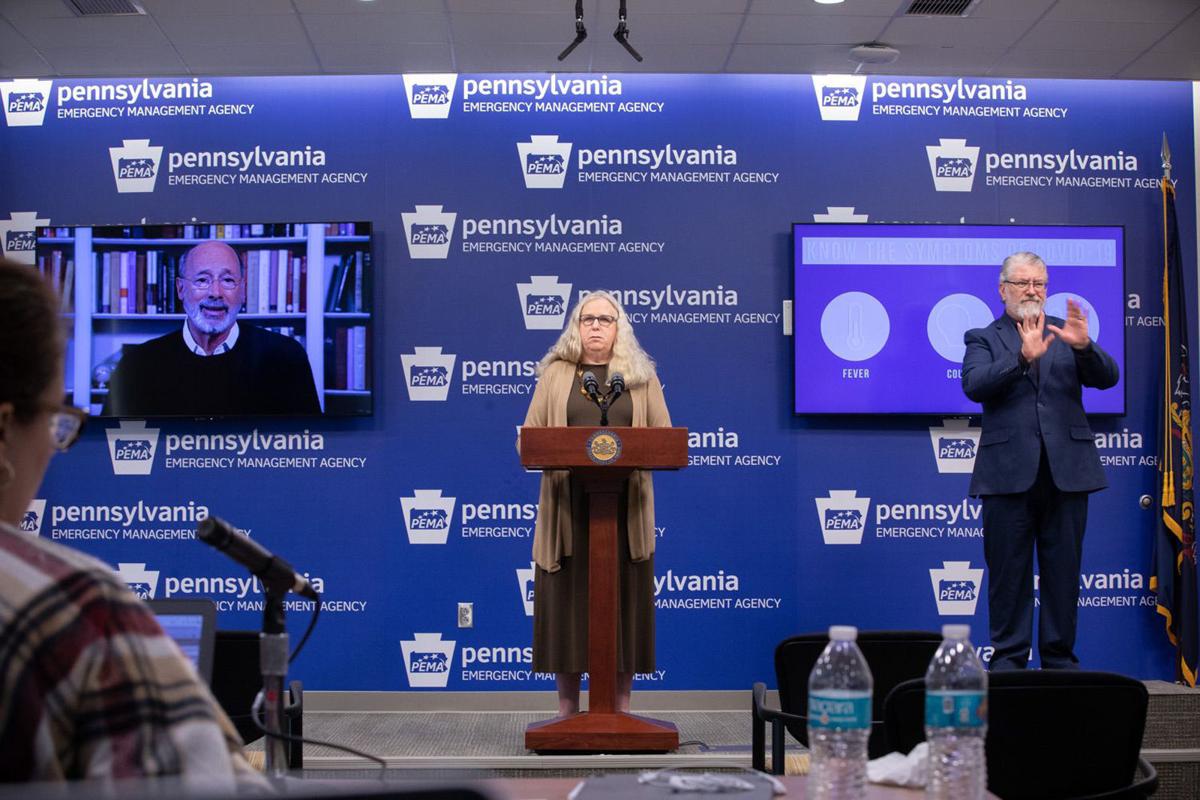 When Gov. Tom Wolf and other officials deliver their daily briefing via video online, they do so in English and sign language.

When Gov. Tom Wolf and other officials deliver their daily briefing via video online, they do so in English and sign language.

This story was produced as part of a joint effort among Spotlight PA, LNP Media Group, PennLive, PA Post, and WITF to cover how Pennsylvania state government is responding to the coronavirus. Sign up for Spotlight PA’s newsletter.

A coalition of Latinx organizations in Philadelphia wants the administration to make immediate improvements, including Spanish captions for the administration’s daily video news conferences and professional translation of more written materials.

“It is clear that the first step is to inform people in this crisis, and they have stumbled grossly,” said Will Gonzalez of Ceiba, a Philadelphia-based nonprofit “that promotes the economic development and financial inclusion of the Latino community.” Its coalition members include Esperanza, Philadelphia Legal Assistance, Finanta, and the Chamber of Commerce for Greater Philadelphia.

Lyndsay Kensinger, a spokesperson for Gov. Tom Wolf, said, “the administration has been working to translate important information into multiple languages to accommodate our diverse populations.”

Kensinger said the administration distributed a professionally translated March 20 press release on business closures and a list of “life-sustaining” businesses in nine languages: Spanish, Vietnamese, Chinese, Nepali, Khmer, Korean, Arabic, Hindi, and Bengali. She said various fact sheets and social media posts have also been or are being translated into Spanish and other languages.

But when Wolf and other officials deliver their daily briefing via video online, they do so in English with a sign language interpreter. Videos of the briefings are published on a government site and do not appear to have an option to be captioned in Spanish or any other language.

And although the health department has published some fact sheets and informational graphics about COVID-19 symptoms and social distancing in Spanish, non-English speakers are left to depend on an automated translate option if they want to read the state’s official coronavirus website.

Gonzalez said he used the automated feature to read Wolf’s press releases and said it was “funny but very sad” how poor some translations were.

There are more than 500,000 people in the state who speak English less than “very well,” and about half of them speak Spanish, according to the U.S. Census Bureau’s American Community Survey. In total, 1.3 million people in Pennsylvania speak a language other than English at home.

Reaching all of them is always important, said Sundrop Carter, executive director of the Pennsylvania Immigration and Citizenship Coalition. But it becomes paramount during a crisis that has slowed daily life to a grinding halt.

“Ensuring that public agencies provide adequate language access is always of concern to us,” Carter said. “Especially in moments like this, when access to accurate and timely information is critical for public health and safety, agencies must provide information in multiple languages.”

Kensinger, the Wolf spokesperson, said, “We are working on a solution for Spanish captions and should have that ready soon. While developing a solution, we’ve prioritized the translation of materials that mirror the messaging in the press conferences.”

News about the coronavirus changes daily, sometimes hourly, Gonzalez said. If people are not informed, they might act against their interests, he said.