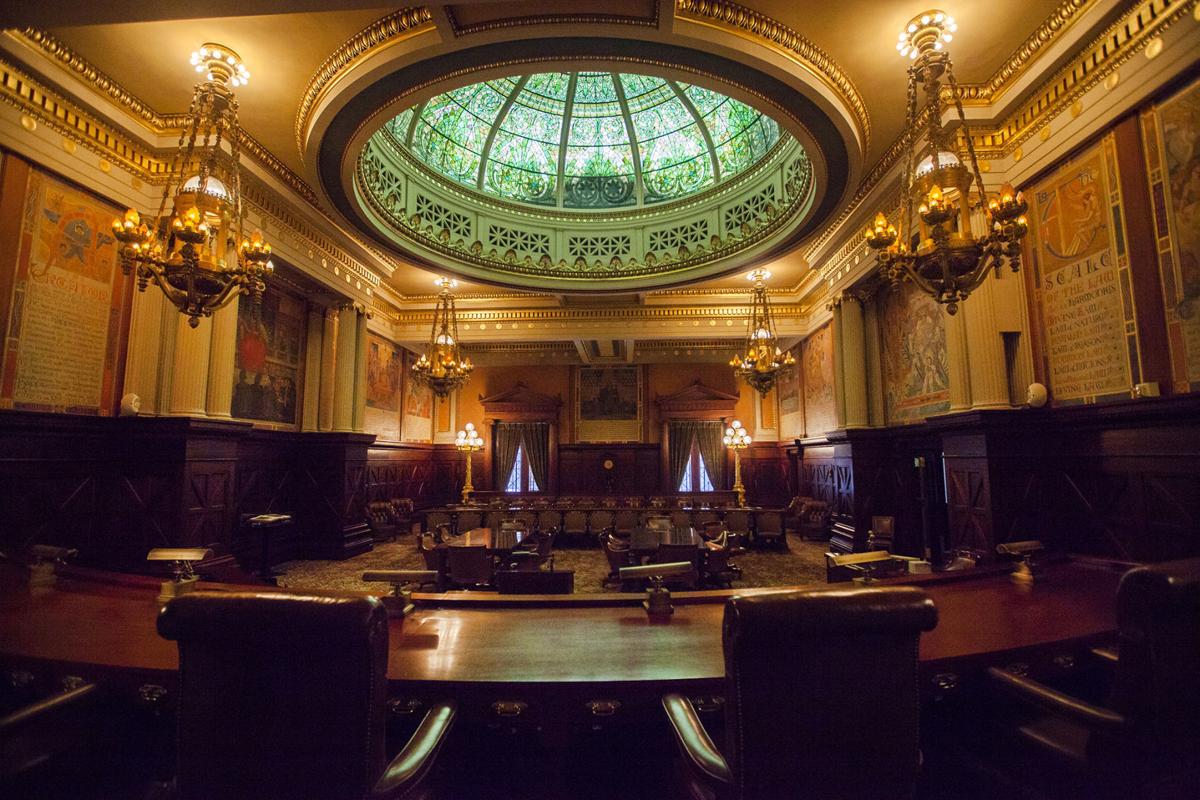 COURT — Five cases pending before the Pennsylvania Supreme Court, shown here, seek to upend the state’s sex offender registry law as well as the public website listing offenders, which is accessed by millions of people every year.

COURT — Five cases pending before the Pennsylvania Supreme Court, shown here, seek to upend the state’s sex offender registry law as well as the public website listing offenders, which is accessed by millions of people every year.

Spotlight PA is an independent, nonpartisan newsroom powered by The Philadelphia Inquirer in partnership with the Pittsburgh Post-Gazette and PennLive/Patriot-News. Sign up for our free weekly newsletter.The landmark Pennsylvania law that for nearly a quarter century has required a public registry of sex offenders and community notification about their whereabouts is facing a life-or-death challenge before the state’s highest court.

Enacted nearly 25 years ago, Megan’s Law was hailed as a pivotal step toward making communities safer by empowering the public with information about where sex offenders live. Now, five separate cases before the state Supreme Court are attacking it as outdated, discriminatory and unnecessarily cruel, depriving thousands of people of their fundamental rights.

The cases challenge nearly every aspect of the law, which has undergone several incarnations since being signed in 1995, one year after the death of 7-year-old Megan Kanka. The New Jersey girl was raped and killed by a neighbor who, unbeknownst to her family, was a twice-convicted pedophile. Similar laws were adopted across the U.S. and at the federal level.

Prosecutors believe the pending cases could gut Pennsylvania’s law, allowing sexually violent predators to evade detection and endangering public safety. They also warn that the law’s best-known aspect — the website that lists the thousands of offenders in the state — could be watered down or even dismantled. In the past year alone, the website received 411 million page views, state records show.

“Awareness and knowledge are power, and they are precisely why this offender registry exists and what is at stake in the Pennsylvania Supreme Court,” said Attorney General Josh Shapiro, whose office is leading the defense of the law in some of the cases before the high court.

Defense lawyers, joined by a growing chorus of experts in the criminal justice reform movement, dismiss that as false hysteria. They argue the cases expose deep constitutional problems and should, at a minimum, push the state legislature to rethink its approach to managing people who commit sexual violence.

“The way the system works currently cannot continue to function,” said Aaron Marcus, an assistant defender attorney with the Defender Association of Philadelphia and one of the lawyers involved in challenging the law.

» SIGN UP for Spotlight PA’s free weekly newsletter, The Investigator, and receive behind-the-scenes looks at our work, plus a roundup of only the best journalism from across Pa.

The state’s Megan’s Law registry more than doubled, growing from about 10,000 people to just over 20,000, according to the Pennsylvania State Police, which oversees the registry.

Marcus said that after “decades of trial, mountains of empirical evidence and close to one million people around the country being denied their rights to liberty and their reputation,” no hard evidence exists that the public is any safer or that assaults have been prevented.

One of the most closely-watched cases before the high court deals with requirements under the current law for people classified as “sexually-violent predators,” those who have committed the most serious offenses and who are considered to have a high likelihood to reoffend. They are subject to lifetime registration, as well as lifetime counseling and community notification.

The case centers on whether those rigorous registration, notification and counseling requirements constitute unlawful punishment.

Brought by a Butler County man who pleaded guilty to statutory sexual assault and corruption of minors, the case targets the state’s little-known process for assessing sexual offenders. A board of psychiatrists, psychologists and criminal justice professionals in Pennsylvania make recommendations to the court about whether someone should be classified as a sexually violent predator.

Since 2000, the board has completed 20,260 assessments, according to state officials. In 6,027 of those cases, it has recommended that the offender be classified as a sexually violent predator, although the courts have not always agreed.

“This is the case that will dictate how we operate going forward,” said Meghan Dade, the board’s executive director. “This is a pivotal moment in Pennsylvania.”

Another case before the court arose from the convoluted registration system for offenders. Because of a separate legal challenge, the law now imposes two different sets of rules: one for people who committed crimes prior to Dec. 20, 2012 — when the current law went into effect in Pennsylvania — and another for people who committed crimes after that date.

Lawyers for a Chester County man — a biochemical engineer with no prior record who was convicted in 2017 of aggravated indecent assault and subject to lifetime registration — are arguing the law violates a fundamental right to reputation under the state Constitution. It presumes that people convicted of certain sexual offenses cannot change and therefore are prone to reoffending, they contend.

In court papers, the lawyers, led by Marcus, cite experts and studies that show the public holds a false perception that people convicted of sexual offenses will go on to reoffend, and that their risk for doing so lasts for years. In fact, they said, only a small number of offenders fit that bill, while the rest get lumped into that group, suffering a lifetime of harm.

Their arguments go to the heart of the criminal justice reform movement blossoming across the country that aims to reduce harsh penalties for smaller offenses, and reform policies for offenders who, after serving prison time, suffer myriad social and financial hardships.

“It is difficult to overstate the impact that sex offender registration has on a person’s life,” Marcus said.

Lawyers are paying close attention to the case because it takes aim at the state’s sex-offender website, which some view as aiding in destroying reputations because it is so widely accessible.

“The long-term viability of the Megan’s Law website could be implicated,” said Carson Morris, a deputy attorney general in the state Attorney General’s office who is defending Megan’s Law in one of the five cases before the high court.

Two other cases also attempt to convince the justices that portions of the current law are unconstitutional. A fifth targets a related but separate statute regarding how juvenile sex offenders are treated. Specifically, the statute permits the civil commitment of a small group of people who engaged in sexually violent acts as juveniles and have aged out of the juvenile justice system.

The justices are expected to rule separately in each of the challenges. Collectively, their rulings could upend large swaths of the law and force the legislature to make changes.

In the Capitol, elected officials eyeing the outcome of the five current cases said they will work to keep the heart and soul of Megan’s Law intact.

Rep. Rob Kauffman is a Republican from Franklin County and chairs the House Judiciary Committee. His committee would be one of the first legislative panels to address the outcome of any high court decision.

In an interview, he acknowledged that Megan’s Law is not perfect, but called it “a very important component of public safety in the Commonwealth.”

“If the courts hand us a decision that guts Megan’s Law, and the effectiveness of Megan’s Law, I believe the legislature as a whole will be prepared to act to reinstate it in a manner that would respond to the court’s opinion,” he said.