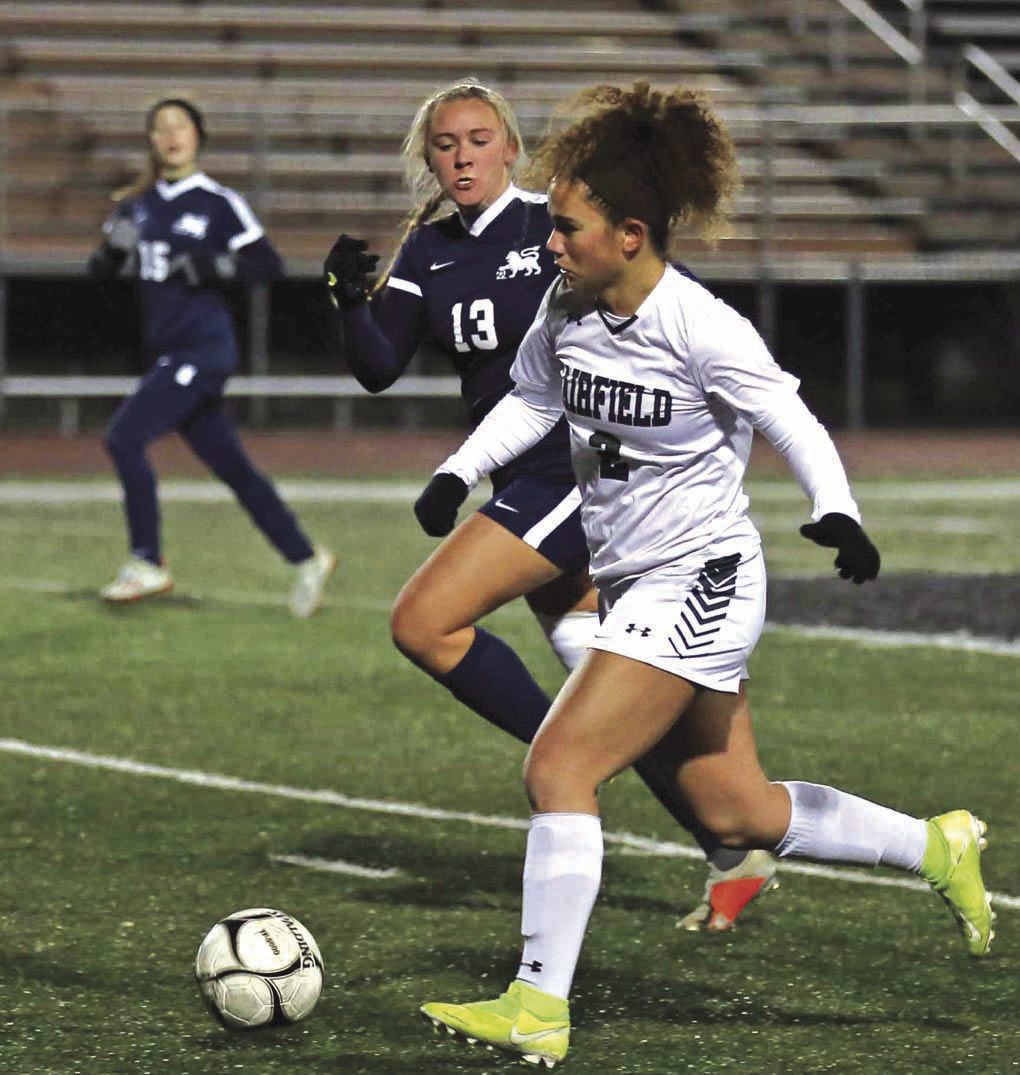 After a sterling career at Fairfield, Annabel Anderson will continue to play soccer for Virginia Commonwealth University. 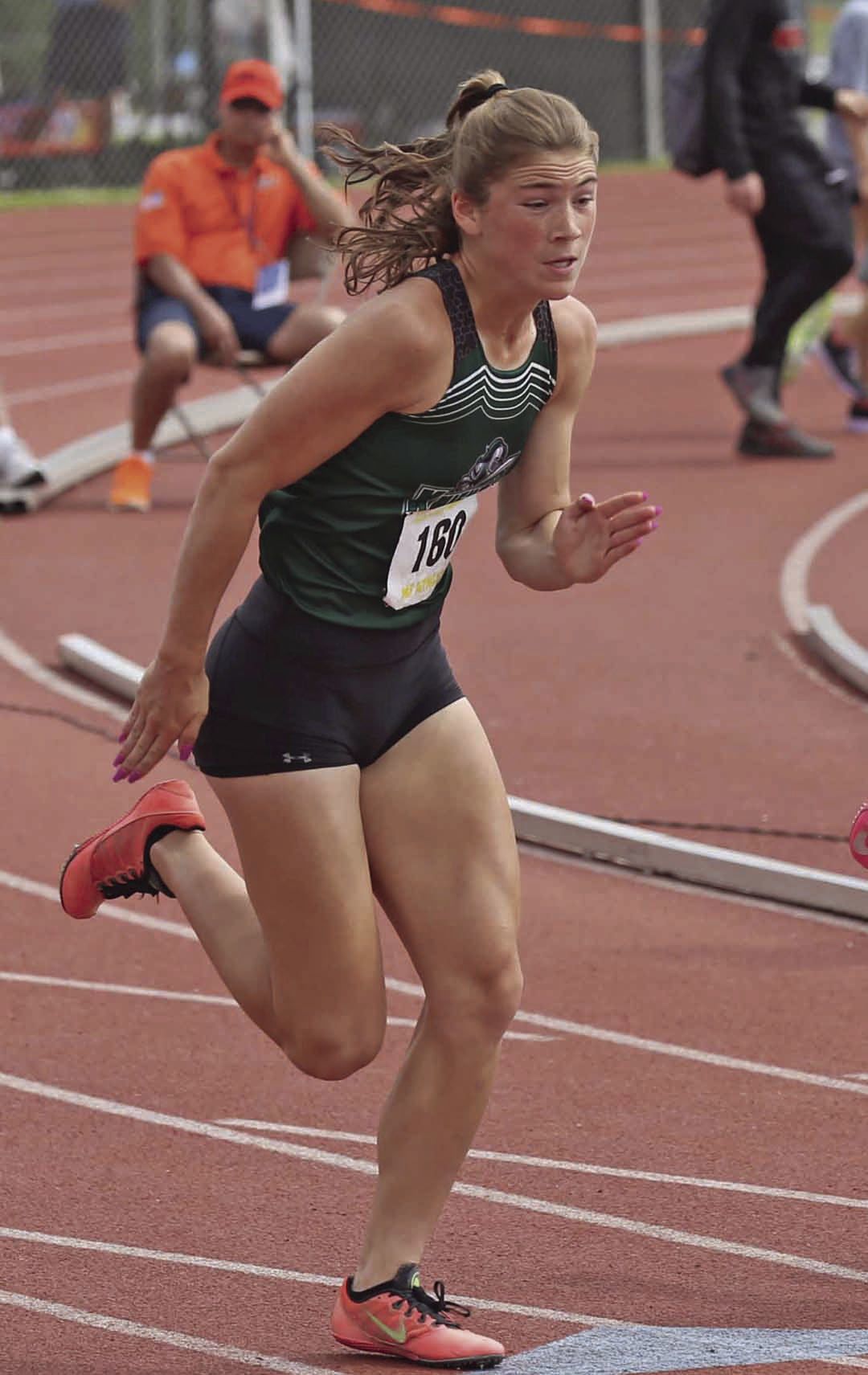 Milly Heinbaugh will continue her track and field career at Elon University in North Carolina.

After a sterling career at Fairfield, Annabel Anderson will continue to play soccer for Virginia Commonwealth University.

Milly Heinbaugh will continue her track and field career at Elon University in North Carolina.

Annabel Anderson and Milly Heinbaugh have made their fair share of memories together on the soccer field for Fairfield.

The duo, with Anderson up top and Heinbaugh anchoring the back line, helped the Green Knights to a state championship 2016 and four consecutive trips to the District 3 title game, including district championships in 2016 and 2017. Fairfield put together one of the most dominant runs in recent memory in YAIAA play, losing only once in four seasons while capturing four division titles.

Now, though, the pair that has teamed together to help dominate the district over the last four years prepares for a new challenge as each inked letters of intent last Friday to begin their respective Division I college careers.

Anderson, who came into the season with 111 goals and finished her career second in program history in goals scored behind 2016 graduate Hannah Logue, will continue her soccer career at Virginia Commonwealth University in Richmond.

“My process was actually pretty complicated because I started getting recruited from a pretty young age,” Anderson said when asked how she arrived at her decision. “I had to decide between around 25 D1 schools and VCU actually came in pretty late in the game. But I knew I liked them immediately.”

When it came to determining factors, Anderson said that she liked that the school was right in the city and that while it was large, it wasn’t overwhelming.

“The bigger school I was looking at was N.C. State, but I just thought that would be a little too big,” she said. “La Salle was another one. That’s a great program. I knew I wanted to play in the Atlantic 10 and that’s a really great program, and I’ll always have respect for them.”

Ultimately, being in the city and at a university that supports its women’s programs was what won out.

“It’s such a city school and I’m not from a city at all. My closest neighbor is maybe five miles away. It’s different, but different in a good way,” Anderson said. “And one of the biggest things was support for women’s soccer at the school. Because that’s not always there unless you’re at the biggest schools with the top teams.”

Anderson, who will graduate in December, is now weighing whether or not she would like to enroll early and begin classes in January.

Heinbaugh, meanwhile, will take a different path. An elite two-sport athlete, she will continue her career on a track and field scholarship at Elon University in North Carolina.

“I knew I wanted to go D1 and if I did soccer, that meant it would basically have to be my entire life,” she said of the choice between sports.

A year ago as a junior, Heinbaugh established herself as one of the premier sprinters in the district. She won Class 2A gold in both the 100- and 200-meter dashes, with respective times of 12.46 and 25.48.

Heinbaugh later took sixth in both events at the PIAA Championships.

She chose the Phoenix over Bucknell, Lafayette and Rider, among others, and said that the warmer climate made the decision a little easier.

“I had some other schools looking out, but I really wanted to go somewhere down south because I hate cold weather,” Heinbaugh said. “I’ve always wanted to go down south, It wasn’t going to be a deciding factor or anything, but it was just such a perfect fit.”

While Anderson began her recruiting process as a freshman, Heinbaugh said that hers really picked up late in the cycle.

“I went down there for the first time in August and then went back for an overnight in October,” she said. “I think with Coach E (Elon head coach Mark Elliston), he was just so kind. He was just like a big teddy bear and they all seemed to know what they were talking about. They showed that they care about me as an individual, not just an athlete.”

Heinbaugh will see out her track career both indoor and outdoor before graduating in June. She is considered one of the favorites to repeat as a District 3 championship in both the 100 and 200 meter sprints, and could claim her first district title in the long jump.

Thoughtless words, unintentional slights, we’ve all had moments when we spoke words that were hurtful. Words just slip out sometimes.

Use common sense, not GPS

Most days, my getting-ready- to-go-out routine takes two minutes tops. And that includes finding my keys.