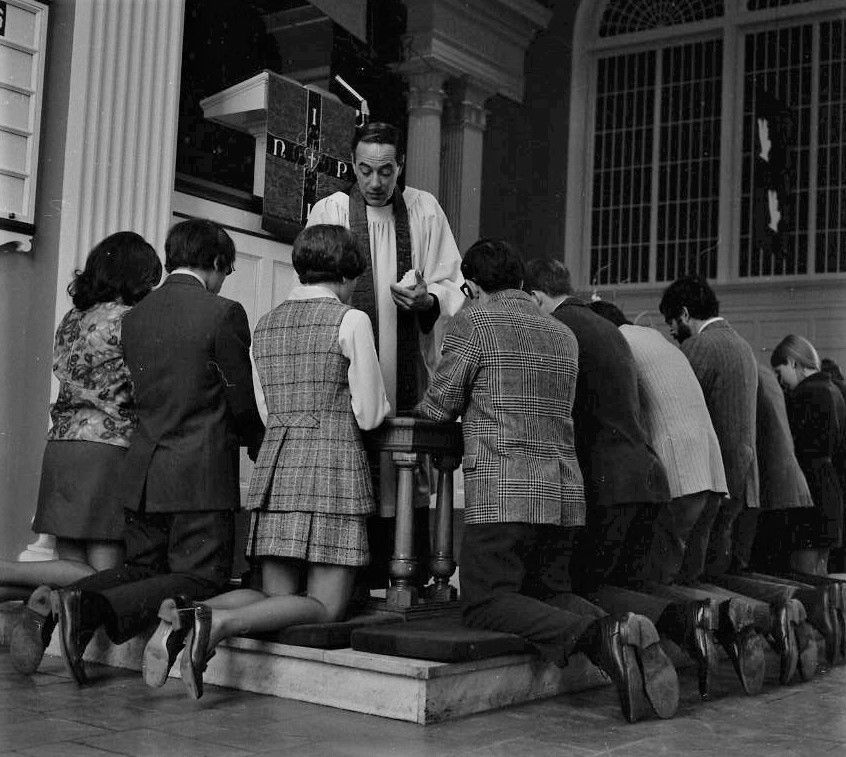 John Vannorsdall was the Gettysburg College chaplain from 1962 to 1976. Without pushing a specific agenda, he was known for turning the chapel into a haven for students who asked nonconforming questions about civil rights and Vietnam, and those who experimented with the counterculture. 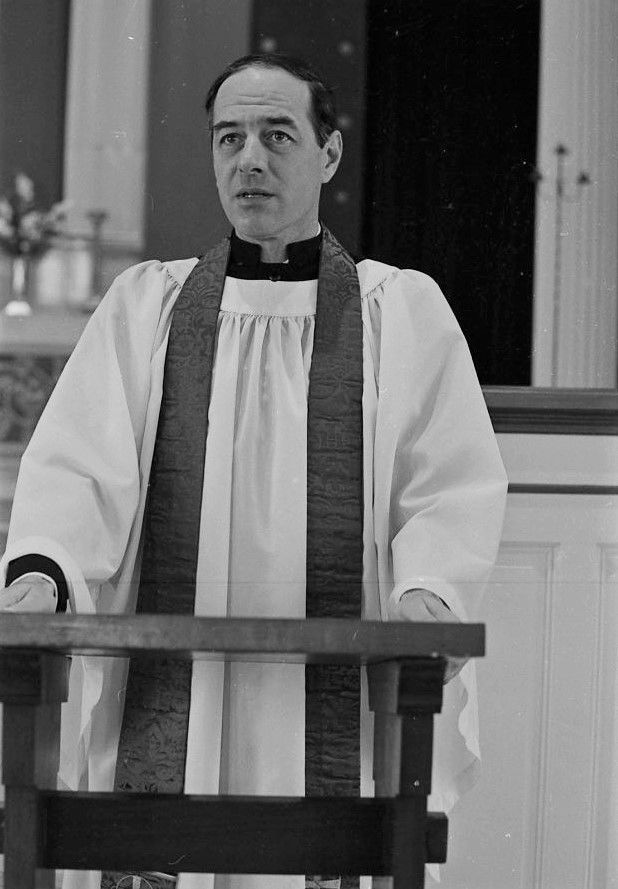 John Vannorsdall was the Gettysburg College chaplain from 1962 to 1976. Without pushing a specific agenda, he was known for turning the chapel into a haven for students who asked nonconforming questions about civil rights and Vietnam, and those who experimented with the counterculture.

Burial on Easter Monday will be private and a public memorial service may be held later.

Vannorsdall was born and grew up in Ohio where his parents were both teachers.

He was a 1945 graduate of Harvard University and received his master of divinity degree at the Lutheran Theological Seminary at Philadelphia (LTSP) in 1948. He would return to LTSP, one of the predecessors of United Lutheran Seminary, as president from 1986-1990, after which he retired.

The beloved clergyman began his ministry as pastor of Trinity Lutheran Church in New Haven, Conn. He returned to New Haven 20 years later as the fourth chaplain of Yale University. Vannorsdall was the first Lutheran to serve in that role and Yale’s first chaplain who did not have a degree from the school.

Prior to his 14-year chaplaincy at Gettysburg, from 1962 through 1976, Vannorsdall spent five years as university pastor at Cornell University.

From 1976 until his retirement, the widely acclaimed preacher’s sermons were broadcast nationwide on The Protestant Hour. A collection of some of his best-loved sermons was published by Fortress Press in 1982 as the book, “Dimly Burning Wicks: Reflections on the Gospel After a Time Away.”

Vannorsdall and his wife of 74 years, Patricia, had three children, daughters Leslie and Joan and son Chris. He is also survived by three grandchildren and five great-grandchildren.

In a tribute to his father posted on Facebook, Chris wrote, “He never lost his sense of what was right and necessary and never stopped believing that the pursuit of social justice was his ultimate calling.”

Those who worked alongside the famous preacher in Gettysburg and Philadelphia echoed his son’s summary of a life dedicated to serving others and being a champion for those denied justice.

A statement issued by staff of the Gettysburg College Library pointed to Vannorsdall’s instituting a Peace Week during the Vietnam War, establishing exchanges with a predominantly black college, and starting tutoring programs for local Gettysburg children.

“He fought prejudice and extolled diversity at a time and in a place where it could be dangerous to do so. Much of the social justice work that is integral to college life today carries on the legacy he began,” read the college staff’s statement.

Michael Birkner, history professor at Gettysburg College, reflected in a 2006 oral history on Vannorsdall’s influence at the school. In the conformist, “check the box” era of the 1960s, Vannorsdall turned the chapel into a haven for those striving to be more than simply “useful citizens,” and those challenging authority, Birkner wrote in an email. The chaplain “provided a refuge for students who were nonconforming, asking questions about civil rights and Vietnam and experimenting with the counterculture,” Birkner wrote.

Some of those influenced by Vannorsdall became political and social activists, traveling to the deep south in 1965 to support voting rights campaigns for blacks who had been suppressed, Birkner wrote.

“He was not so much a ringleader as he was a Socratic figure who helped students find their true selves,” Birkner wrote.

Professors emeriti of United Lutheran Seminary who were Vannorsdall’s colleagues at Philadelphia, sounded similar themes in summarizing their experiences with him.

Dr. Gordon Lathrop said of Vannorsdall’s preaching, “It was literate and learned; it was also full of genuine emotion.”

As one of LTSP’s first women professors, and a Presbyterian in the predominantly Lutheran faculty, Dr. Katie Day was grateful for Vannorsdall’s strong support. In an era when there was resistance to women and persons of color in leadership, she said, “He had our backs, and I really believe I would not have been on the faculty for 34 years had it not been for John.”

When even those in a seminary community would sometimes stoop to uncouth words and actions, Day reported, another colleague said of Vannorsdall, “John is so couth.”

Dr. Bob Robinson, who became a Philadelphia Seminary professor at Vannorsdall’s invitation, said, “He was a grand man, a rare man, a mentor, a model of Christian faithfulness.”

One of Gettysburg College’s long-time employees, Jean LeGros, remembers the chaplain from her student days.

“He was such a force, especially in the turbulent time of the late 1960s,” LeGros said. “Students flocked to him as a voice of reason and reassurance.”

LeGros also recalls countless weddings in the college chapel performed by the chaplain. “Everybody wanted to be married by John. He was just a wonderful person.”

Megan Weikel grew up in the Gettysburg community where her late father, music professor and college organist Dexter Weikel, shared ministry with Vannorsdall at Christ Chapel.

Weikel remembers how the chaplain took personal interest in her and other children who would drop by his office.

“There was a softness to him,” she said, describing encounters with Vannorsdall as “sinking into this benevolent place that was there for you.”

In a mid-May 1976 sermon, Vannorsdall announced to the Gettysburg College community his decision to leave for the Yale chaplaincy.

“Whatever has been accomplished here by God’s grace has been done by us together,” he said. “Whatever I am has been shaped by our common experience.”

— Adam Michael contributed to this story.