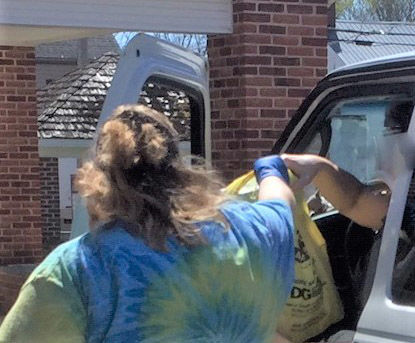 lending a hand —A Fairfield Neighbor to Neighbor volunteer hands a sack of food to a local resident on Friday at St. John’s Lutheran Church on Main Street. Donated food and other basic supplies are handed out to all who drive up from 11:30 a.m. to 1 p.m. on Mondays and Fridays. 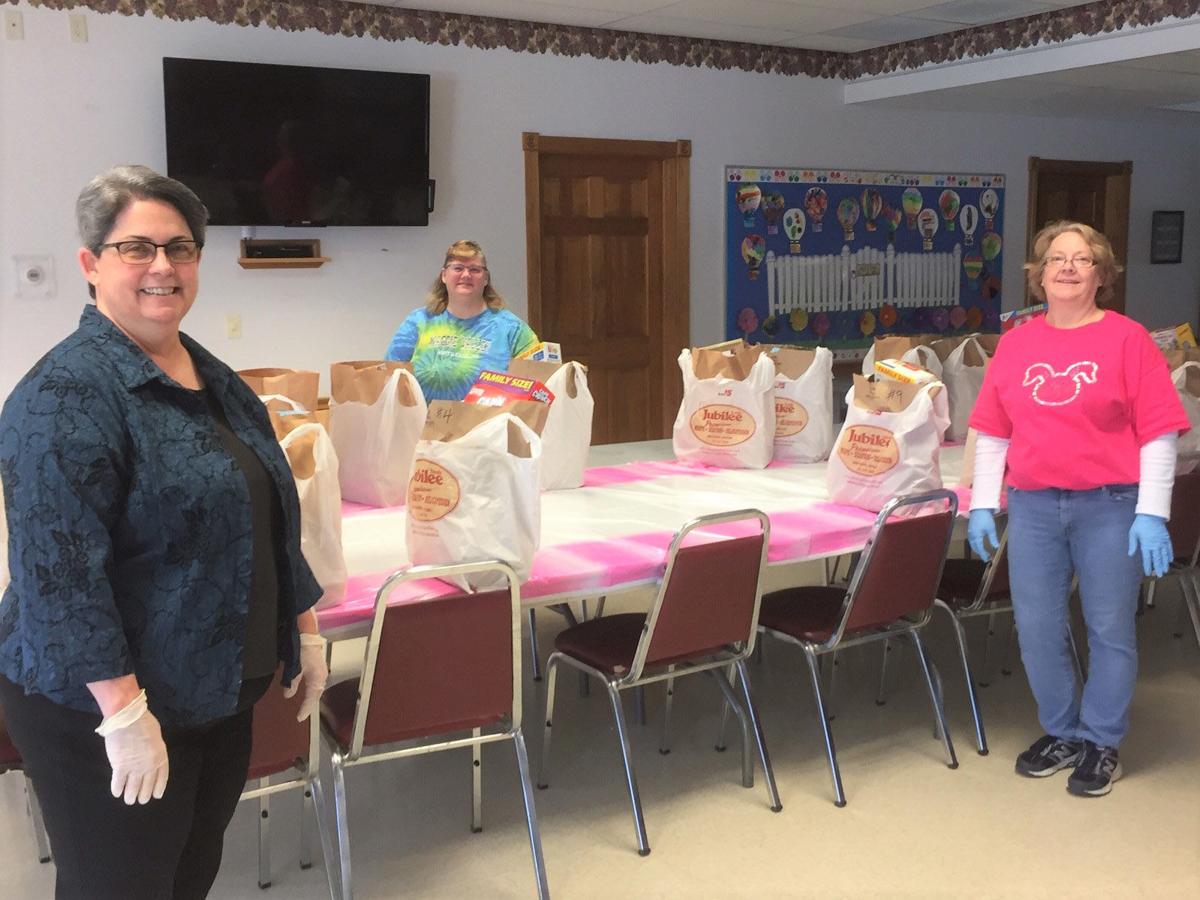 lending a hand —A Fairfield Neighbor to Neighbor volunteer hands a sack of food to a local resident on Friday at St. John’s Lutheran Church on Main Street. Donated food and other basic supplies are handed out to all who drive up from 11:30 a.m. to 1 p.m. on Mondays and Fridays.

While its efforts started before the coronavirus crisis, Fairfield Neighbors Helping Neighbors is rising to the challenge of rapidly growing needs for food and other basic supplies.

Partnered with Ruth’s Harvest and the Fairfield schools, the group is helping meet the needs of students who depend upon school lunches and families whose wage earners have suddenly become unemployed.

Founded last fall by Fairfield resident Robin Dicken, Neighbors is an all-volunteer organization with the simple mission of helping anyone within the school district’s territory who needs aid.

While handing out food during Friday’s drive-up distribution, Dicken said, “If we can, we help people in any way they need.”

Starting this past week, Friday Ruth’s Harvest distributions are being handled by Neighbors at St. John’s Lutheran Church on Main Street in Fairfield.

Neighbors Helping Neighbors recognized that beyond those who qualify for the lunches, a growing number of citizens are short of cash to purchase their most basic needs.

Rising to the challenge, on Mondays and Fridays from 11:30 a.m. to 1 p.m., anyone who comes to St. John’s receives some canned and packaged goods. Perishable food items also have begun to come in and are being shared as available, Dicken said.

Ahead of the semi-weekly distribution times, donated food and other items can be dropped off at St. John’s from 9:30 to 11 a.m. on Mondays and Fridays.

“We’re starting to receive huge amounts of donations,” Dicken said, which is a relief given the increased numbers the volunteers are seeing since the COVID-19 economic shutdown.

Less than halfway through the distribution time on Friday, nearly 20 vehicles had pulled up in the drive-through area at St. John’s.

Gayle Marthers, who also volunteers regularly with Neighbors, noted while many who are unemployed will receive some government help, checks may not be arriving for weeks or months.

When stimulus or unemployment checks do come “people will need those monies for their mortgage and electric bill,” she said.

The grassroots coalition is prepared to continue collecting food and other basic supplies and will depend upon donated items to sustain the effort.

At the Fairfield Area School District’s board meeting last week it was announced that Ski Liberty has been contributing to the food-relief effort.

Pilots who are members of the Mid-Atlantic Soaring Association based at the Fairfield airport have also mounted a fundraising appeal to assist with the school lunch and Ruth’s Harvest efforts.

Dicken said she was moved to start Neighbors Helping Neighbors last fall. Despite several local charities that help residents in many ways, she discovered the lack of a simple way of connecting neighbors with needs and those who could help out.

Volunteers respond if someone needs some yard work, transportation or routine tasks that may be difficult, especially for elderly persons, she said.

Since its founding in November, more than 40 local residents have signed up as volunteers.

Volunteer Missy Miller, who used to be parish administrator at St. John’s, said local churches and other groups have really stepped up to help recruit workers.