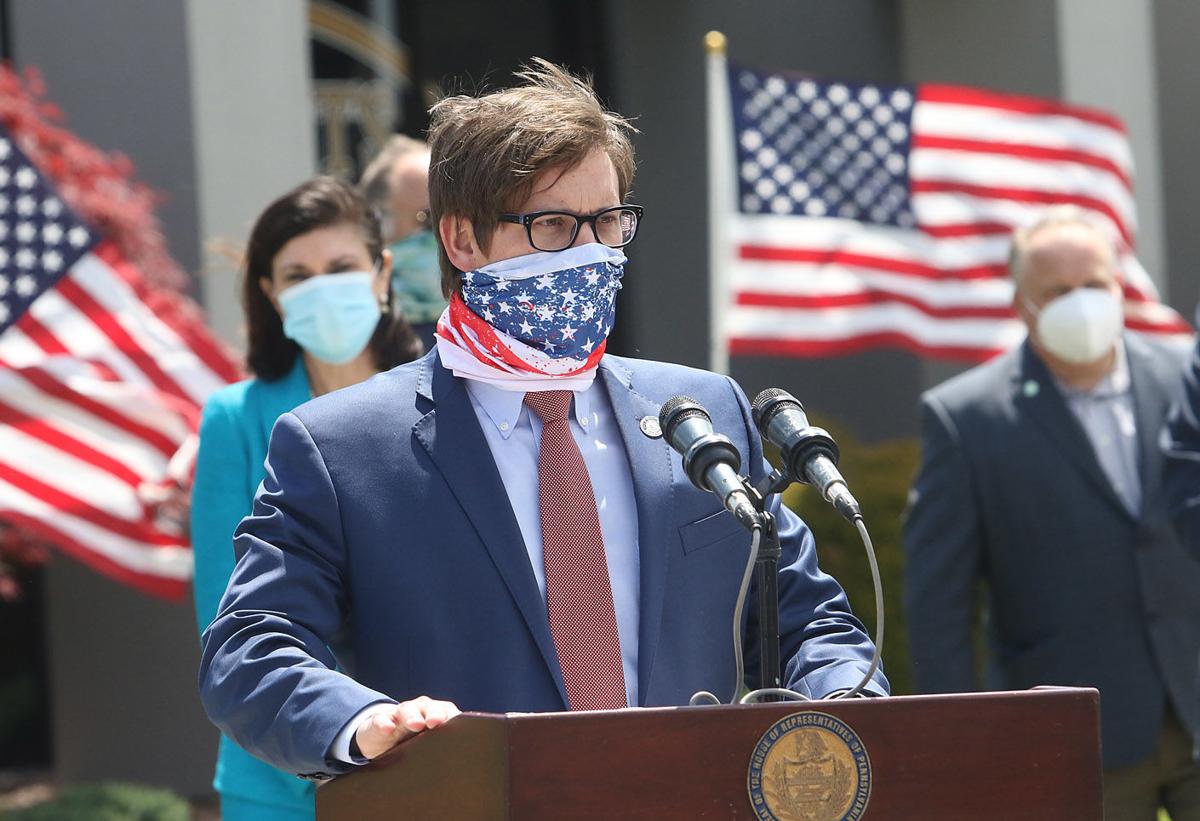 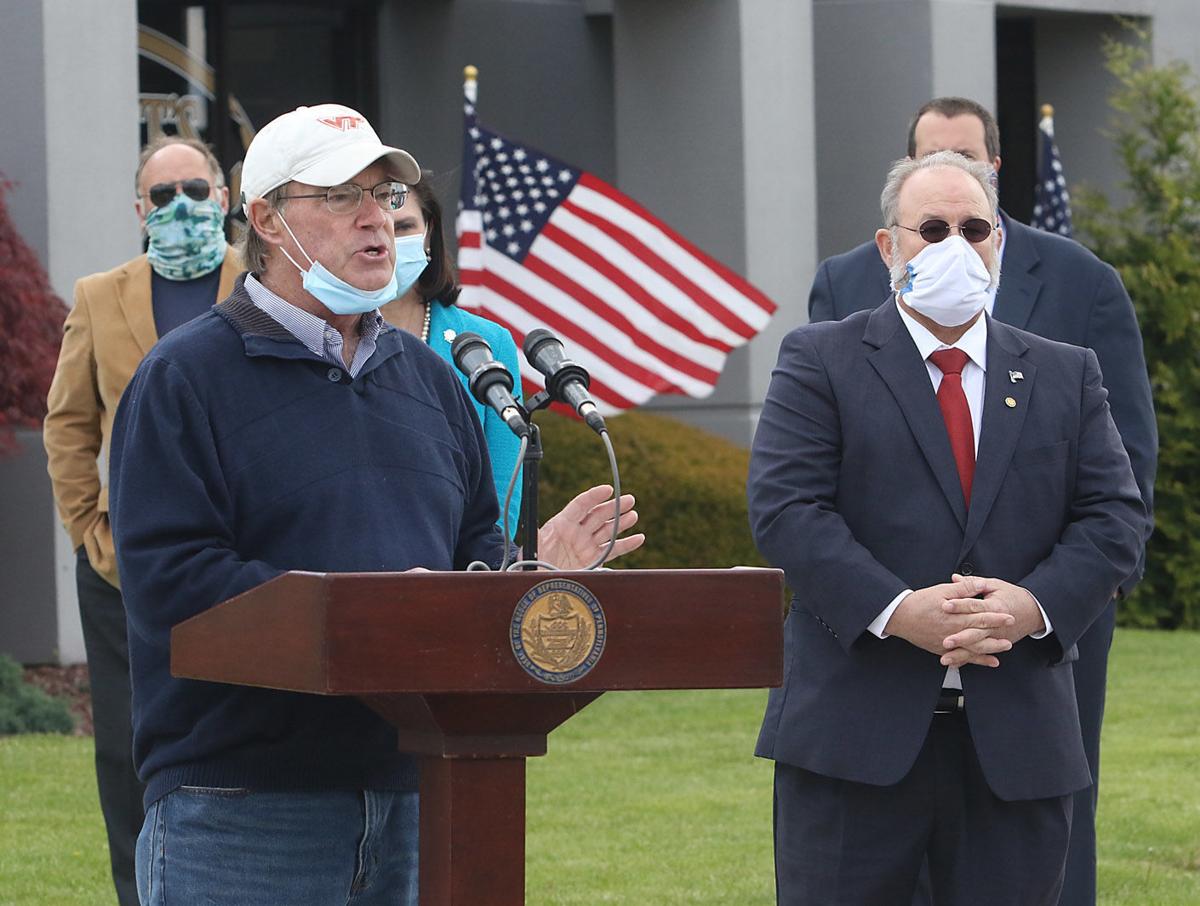 Elected Republican leaders of Adams and York counties gathered Tuesday to reiterate their message that Gov. Tom Wolf should move their counties from red to yellow.

In his opening remarks, Ecker said Gene Latta Ford on Carlisle Pike, Hanover, was chosen specifically because it is “a family-owned business that has employees affected by COVID-19” on the borders of Adams and York counties.

“We are truly connected as a region,” Ecker said.

Steve Latta, owner of Gene Latta Ford, said the shutdown has affected his family and employees “deeply” and thinks it is unfair he had to remain closed, forcing potential customers to shop in Maryland.

“Pennsylvania was only one of three states that were shut down for automotive sales operations,” Latta said.

Latta said he has been approved for online sales and has conducted some business with first responders.

“We are taking necessary steps to sanitize each and every vehicle as it comes in and before we hand it back to the customers. We are sanitizing our showroom, we are wiping down door handles,” Latta said. “We have staff wearing masks, we are doing all of the protective measures we need to do.”

Phiel said he is requesting Adams County move from red to yellow “based upon the strength of our testing and tracking numbers, which qualify Adams County to yellow status according to the administration’s own metrics.”

“Every elected official here today, and probably every official in Pennsylvania, shares the same principle and goal of saving lives while slowing the transition rate of this virus and ensuring that our health system does not become overwhelmed with those suffering,” Phiel said. “There is also an economic part of this. As I stand here today, I cannot walk into Mr. Latta’s dealership and buy an essential vehicle from one sales person but yet I can throw a baseball to a congested Home Depot where I stand in line to get in.”

“When people need office supplies, they are forced to go to Walmart because the office supply store is closed. You can go to the Home Depot to buy shrubs and mulch but the garden center up the street is closed. You can buy paint at the big box store but the paint store is closed,” Moul said. “The CDC says it is much better to practice social distancing but the governor’s policies are forcing everyone into these big box stores.”

Sen. Doug Mastriano, R-33, attended the event but did not speak.