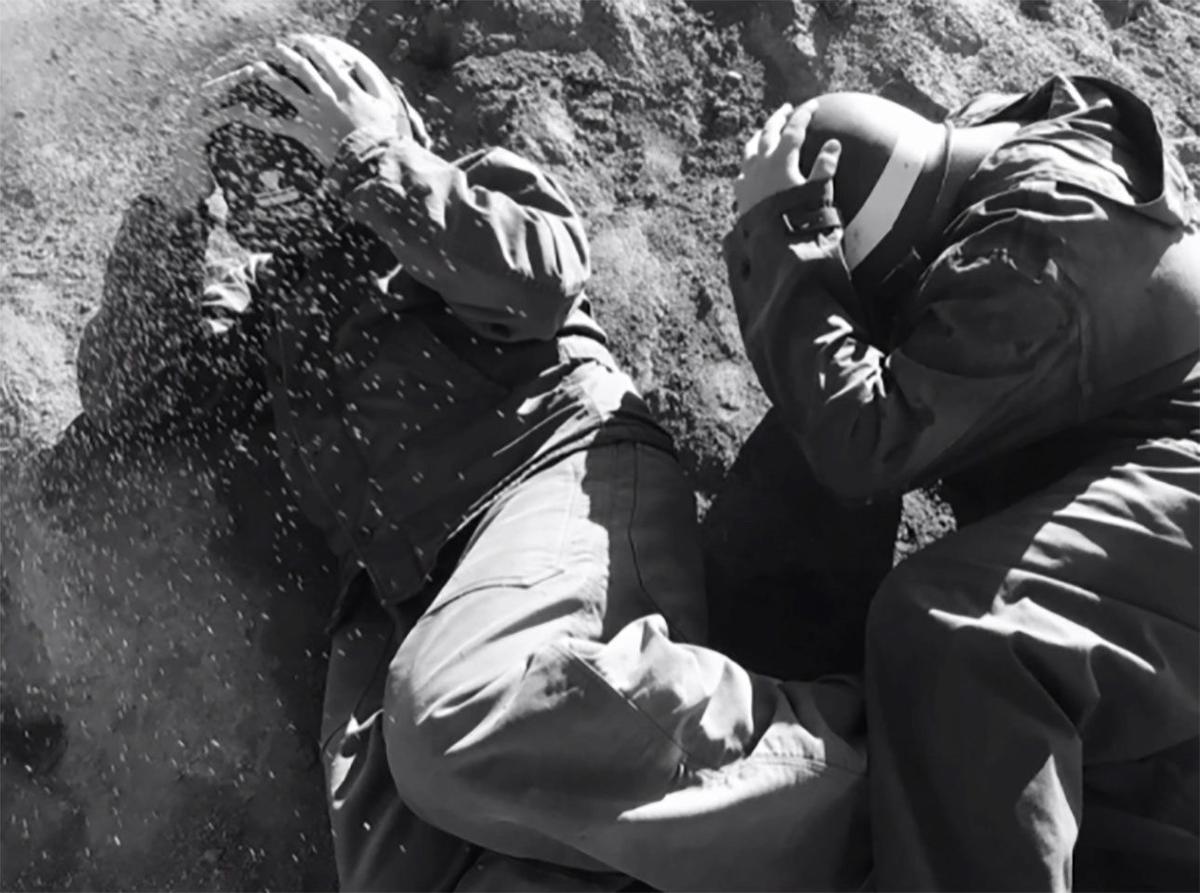 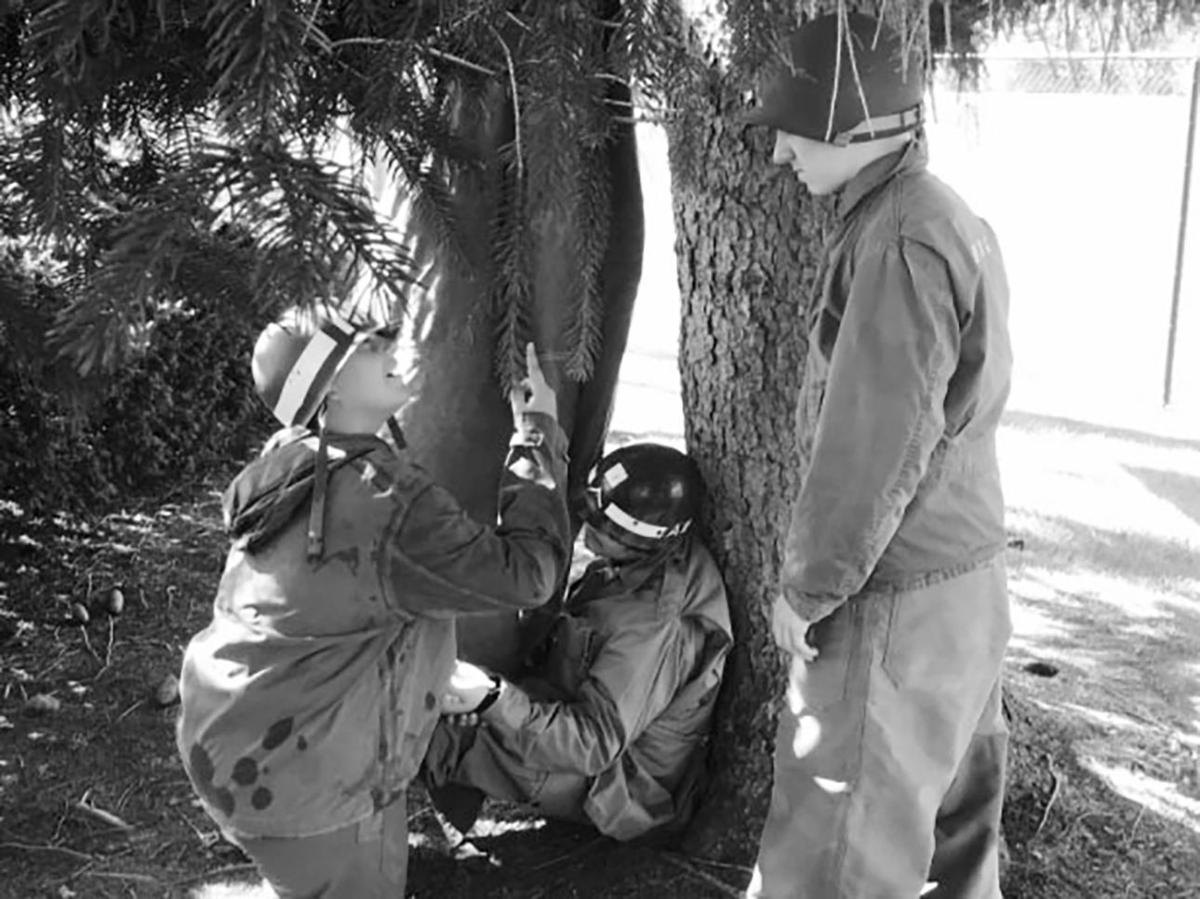 Ducking behind a mound of sand, Ben Spickler and Lee Starner covered their heads with their hands while sand flew overhead.

“It kind of felt like we were in it,” said Starner, impressed with the final product he and his classmates were able to create. “We had to duck from the sand blasting over us. It felt real.”

Each year during teacher Jason Cross’s World War II unit, ninth-grade students are asked to imagine the task of Baltimore Sun war correspondents during World War II. They learn how the newspaper sent a photographer, sketch artist and a writer to Normandy to document the United States’ push toward Berlin.

“Wartime journalists played a role in battle and the return to the home front,” said Cross. “The most important thing, though, is to bridge the generational gap between 16 year olds today and 17- to 19-year-olds that were fighting in World War II. We want them to be able to create something accurate and use what they’ve learned in class.”

Before looking for unique photo opportunities, the class watched snippets from “Saving Private Ryan,” a 1998 film about a group of U.S. soldiers who go behind enemy lines to retrieve a paratrooper whose brothers have been killed in action. The class focused most on the scenes from D-Day, June 6, 1944, when U.S. soldiers stormed the beaches of Normandy.

While searching for the right spot to photograph, Starner pointed toward a mound of sand used to replenish low spots on the softball field. Classmate Miguel Valdez, who took the photograph, instantly saw its potential.

“After they were on it, I told them to duck their heads and pretend there was a bomb going off,” Valdez said.

Cross put the finishing touches on the shot, grabbing handfuls of sand to throw overhead.

The boys then wrote a caption, explaining how the USCG soldier and medic took cover after a United States Navy Construction Battalion officer, or “Seabee,” ignited a pipe bomb in an attempt to clear barbed wire meant to slow soldier movement on D-Day. The Seabees were responsible for building much of the temporary and permanent infrastructure for U.S. military operations.

Using a backdrop inside the Conewago Valley Career and Technical Center, another group of students worked as welders doing a “Rosie the Riveter routine,” Cross said.

“For photos on the home front, students showed how they rationed supplies, lived together and worked as welders,” he said.

Other images from the students’ album convey a medic assisting an injured paratrooper from the 101st Airborne Division after he was caught in a tree during his descent in the Cotentin Peninsula. Another shows a Nazi soldier asking for a cigarette from an American after the liberation of Dachau.

Cross began the living history unit roughly a decade ago with the help of Vance Sheffer, a local teacher, historian and military artifact collector who donated authentic uniforms and gear to the cause. Since then, several others have offered donations. Though a few uniforms and pieces of gear are replicas, many are the real deal, Cross said.

This year’s students took the experience further than any so far, Cross said. The students also gained valuable insight from the experience, they said.

“Personally, I learn better with hands-on experience,” Spickler said. “Notes bore me to death. I pay better attention when I do things hands on.”