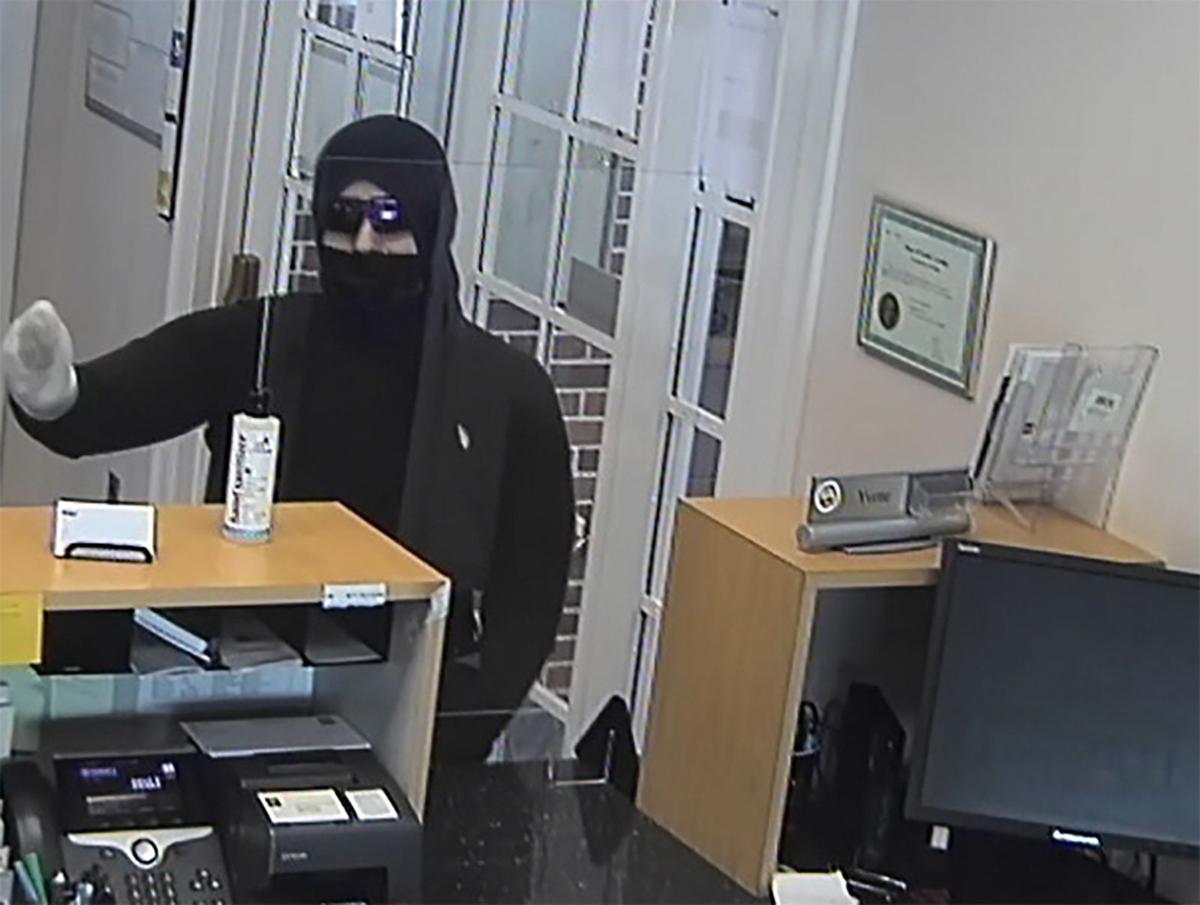 Police are searching for a person accused of robbing the BB&T on South Washington Street in Gettysburg late Tuesday morning. 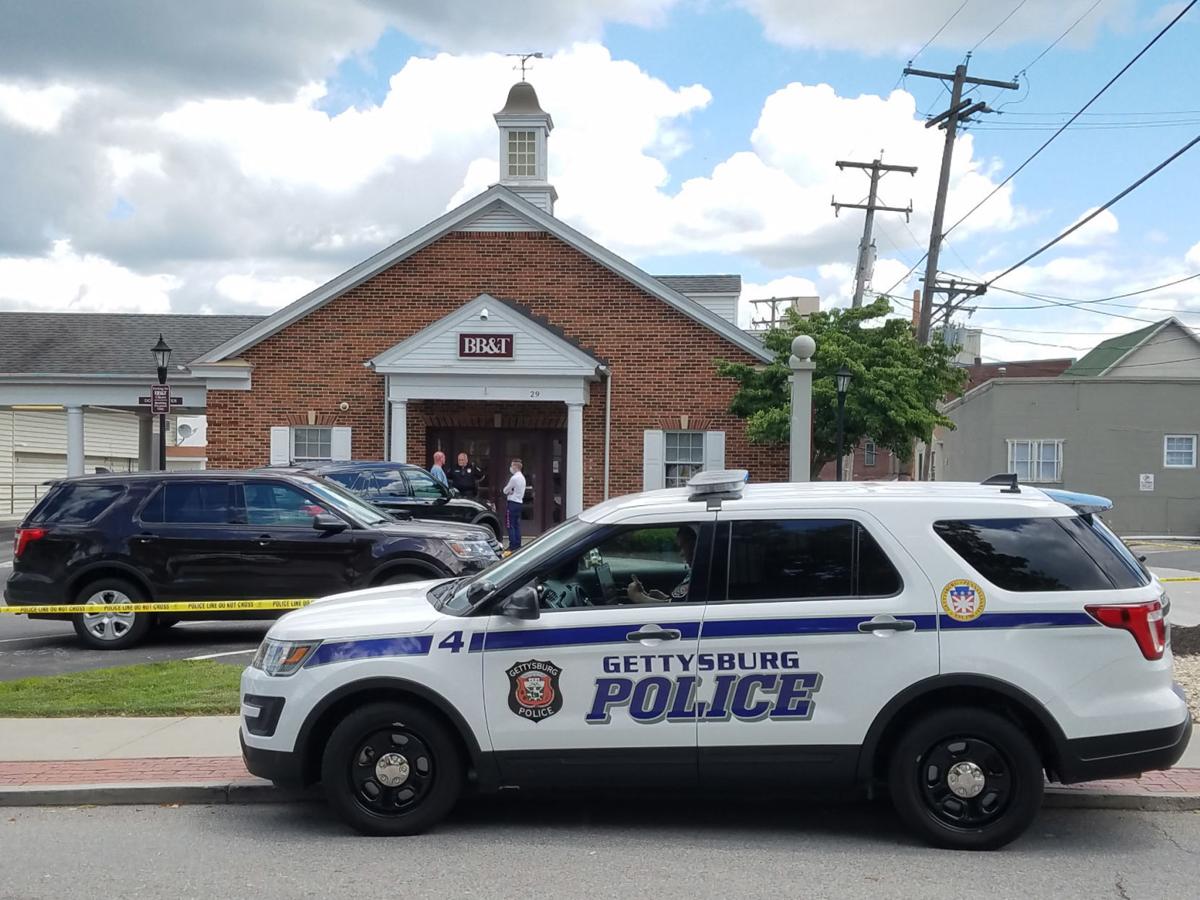 Gettysburg Borough Police were dispatched to a bank robbery call Tuesday morning at the BB&T on South Washington Street.

Police are searching for a person accused of robbing the BB&T on South Washington Street in Gettysburg late Tuesday morning.

Gettysburg Borough Police were dispatched to a bank robbery call Tuesday morning at the BB&T on South Washington Street.

Hundreds of bills blew out of a box carried by a man who appeared to be wearing a ski-mask as he fled from a bank in Gettysburg late Tuesday morning, according to a witness.

Jennifer Colby of Gettysburg was in the neighboring 7-Eleven convenience store parking lot when she saw the man leave the BB&T branch at 29 N. Washington St., she said.

Colby said she and two others picked up hundreds of bills, nearly all $1, that blew as far as the railroad tracks north of the bank. They turned the money over to authorities, who gave police a written statement she signed on the hood of a police vehicle, she said.

The robber “was obviously not using his head,” Colby said. Anyone with “common sense” would have used a bag instead of a box, or wouldn’t have robbed a bank in the first place, Colby said.

“I’m still kind of rattled from this,” Colby said at the scene about an hour after the incident.

Gettysburg Police Department officers were dispatched to “a bank robbery in progress” about 11:30 a.m., according to a release issued by Chief Robert Glenny.

“There is believed to be no continuing danger to area residents as the suspect fled the area,” according to the release.

The suspect, whose image was captured by surveillance cameras, picked up items from a counter and threw them at employees while demanding money, according to the release.

The suspect “left the bank with an undisclosed amount of money,” then ran south on Washington Street and east on Water Street, where he got into a waiting red or maroon Nissan sedan, according to the release.

Authorities believed the vehicle, with an unknown license plate number, drove away eastward on Water, according to the release. Its image was also captured by a surveillance camera.

“Several police agencies responded and assisted with the search of the area. The suspects are still at large,” according to the release, which was issued at 1:18 p.m.

A Pennsylvania State Police helicopter was in the air over Gettysburg during the search.

A state police Forensics Services Unit van pulled into the bank parking lot shortly after 1 p.m. To admit the vehicle, police removed yellow tape that surround the bank and crossed the neighboring alley.

“Anyone who may have witnessed the crime or may be able to assist in identifying the suspect(s) are asked to call Gettysburg police at 717-334-8101,” according to the release.

“Investigators discovered that these same actors are suspected of committing other recent bank robberies in Maryland. Investigators are in contact with those agencies,” according to the release.

Gettysburg College officials distributed information about the incident and police photos in a campus-wide email.