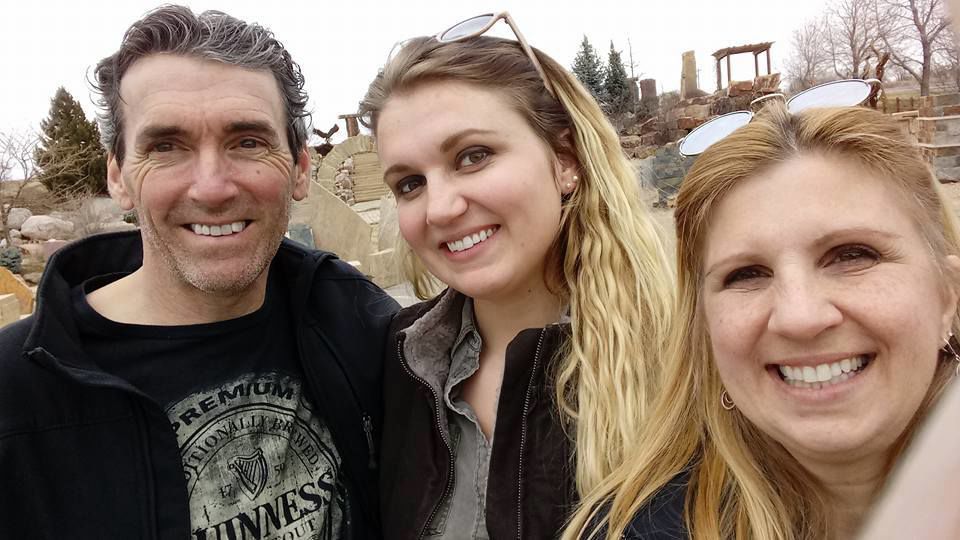 William Smith, Abby Smith and Toni Smith pose for a picture in the Wyoming wilderness in 2018. 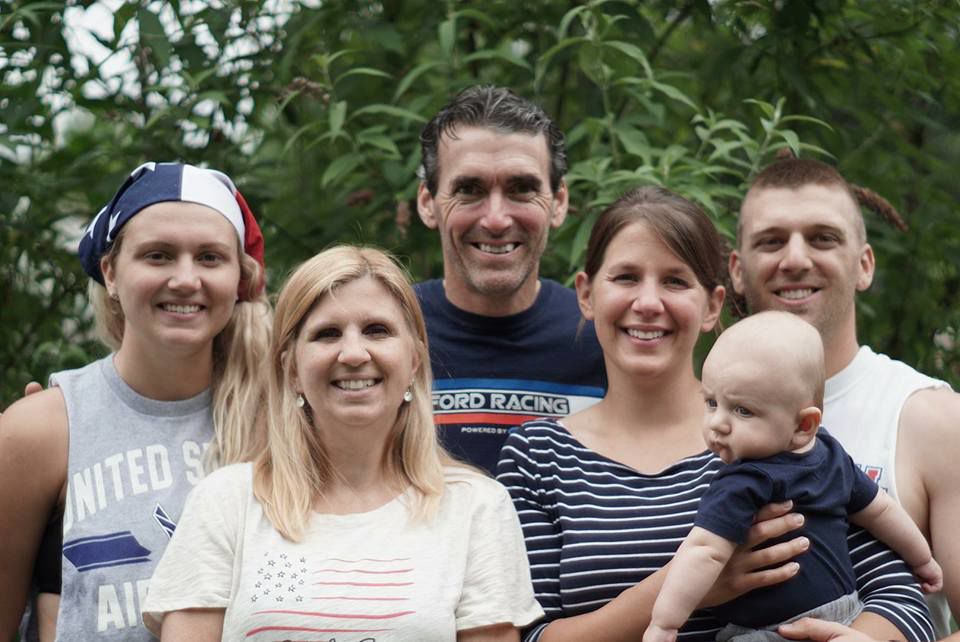 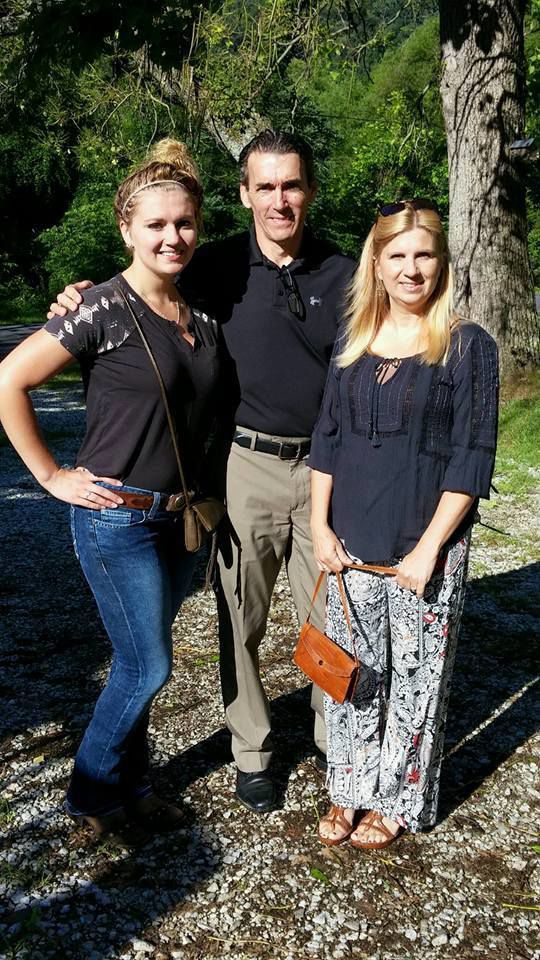 Abby Smith and friends are all smiles. 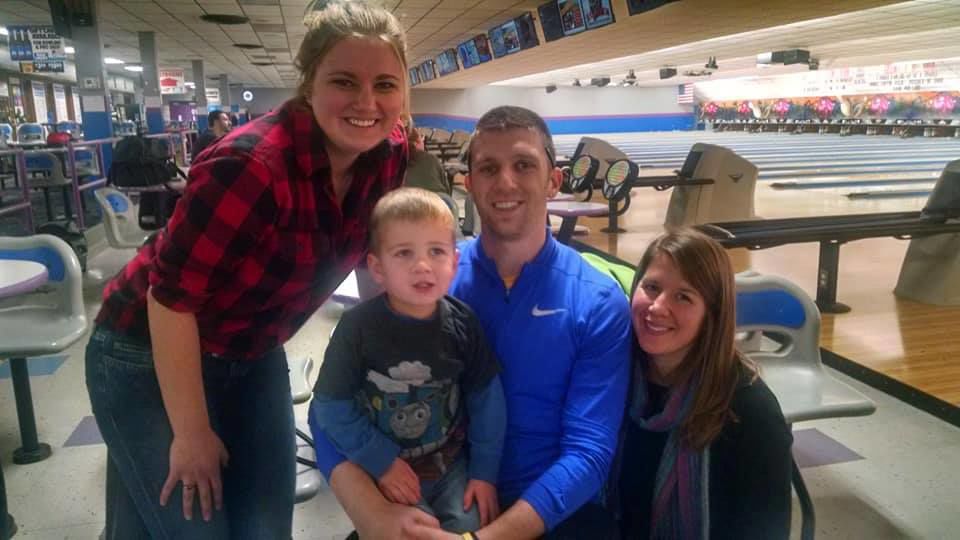 William Smith, Abby Smith and Toni Smith pose for a picture in the Wyoming wilderness in 2018.

Abby Smith and friends are all smiles.

To some, Abby Smith was a fabulous artist. To others, an ambassador in social groups. Or a loving daughter, sister and aunt. A free-spirited cowgirl. A quickly advancing maintenance technician in the United States Air Force. A happy, reassuring friend.

Every description is as unique and spectacular as each of the colors of the rainbow. Bound together, the picture of the girl that comes into focus is just as vibrant.

“It’s hard to say what people should know about her because she always met people on their turf,” said Charlotte Rutkowski, a high school friend. “There’s no definition of Abby. She was constantly evolving into anything and everything she could be to meet the needs of others.”

For so many, Smith was always the right person in the right place at the right time, which is why it’s so hard for her loved ones to make peace with her death. Smith was found dead a little after midnight Tuesday, Oct. 1, one of the victims in a double murder-suicide late at night at Romero Park in Cheyenne Wyoming, according to police. She was 24.

Abigail Maxine Smith is survived by her parents, William and Toni Smith, of Fairfield; her brother Tyler and his wife Katherine, and her nephew Kasen; her maternal grandparents Cecelia Helwig and Darlene and Louis Becker; paternal grandparents Paul and Loretta Smith, as well as many aunts uncles and beloved friends. Immediate family granted permission for a story but requested personal time to grieve.

She was a two-sport All Times athlete at Bermudian Springs, the school from which she graduated in 2013. She was also was a distinguished honor roll student and a member of the National Art Society. She joined the U.S. Air Force in January of 2016, and was most recently with the 90th Missile Maintenance Squadron at F.E. Warren Air Force Base in Cheyenne, Wyo. She was working to finish her bachelor of electrical engineering degree through Arizona State University and had planned to move home for good just before Christmas of this coming year.

One of her longest friends, Elana (Keller) Stroup, couldn’t wait for her return. Smith had always known what to say when times were tough, and for students at the University of Penn Veterinary School like Stroup, times are rarely easy.

Stroup thought back to the challenging times she’d watched her friend push through. Top-notch at field hockey and soccer, Smith paid the price for her athleticism with knee injuries. Soon after she finished rehab for her second anterior cruciate ligament surgery, she’d learned a third was necessary.

“I told her it’s supposed to get better, not worse,” Stroup said. “She just said, ‘as long as they fix it right, I’ll be happy. I want to be able to run and hop out of the bed of my truck without breaking it like an 80-year-old lady.’ She found joy in the darkest of times.”

Stroup, a winner of a District 3 gold medal in high school track and field, says her first and best elementary school friend made her into an athlete. She conjured up memories of herself at the age of 8, near tears on the playground after losing repeatedly in Four Square. Smith noticed, put an arm over her shoulder and led her to the corner of the playground. There, they made up drills that would help build hand-eye coordination.

“She made me a Four Square playing queen,” Stroup said. “She picked people up and made sure they didn’t feel alone. She made you like family, no matter who you were.”

Later in life, another friend had a similar experience. Having moved to Bermudian Springs School District as a freshman, Rutkowski said she hit the jackpot by virtue of alphabetic seating arrangements. At an athletic meeting in her first year, they’d covered their mouths, holding back laughs as they enjoyed the cadence of Athletic Director Dave Orwig’s voice.

“He had this voice and sometimes over-annunciated or spoke really slow for emphasis,” she said. “I barely knew her, but we were cracking jokes the whole time.”

A newcomer to the district, Rutkowski was amazed at how Smith moved from one social group to the next. When she was around, athletes meshed well with agriculture kids and art students.

“She was a perfect catalyst to make people enjoy each other,” Rutkowski said.

Capable of captivating large groups, Smith was an even better friend in personal relationships. Whenever Rutkowski felt alone, all she had to do was call. Before long the girls were at a drag race, helping Smith’s father in the garage, shooting pool or out having a good time.

A couple of summers ago, Smith noticed Rutkowski had been having a tough time in her personal life, so when her birthday came around she flew her to Cheyenne to hike trails and see the town.

“That was hands down the best birthday I ever had,” Rutkowski said.

As good as Smith was at making friends with humans, she really had a way with horses, her friends said. RJ Peiffer met Smith when her grandparents brought her to a horse club his parents also visited. For years, they’d ride horses in Benezette, Pa., just to get a glimpse of elk in their natural habitat. A lot of stories can be told while riding horseback, Peiffer said.

“It didn’t matter how bad of a day or week you were having, she was always going to say something to make you laugh,” he said.

Peiffer admired the way Smith worked with the horses, taking her time to get to know their personalities.

“There’s not too many people who can keep control of a horse the way she did,” he said. “I watched it sidestep back from a rock to the point where most people couldn’t stay on, but it didn’t faze her. She was the true definition of a cowgirl.”

Another friend from Benezette, Travis Lobb, said there was nothing sweeter than listening to Smith sing along with the radio during road trips. She was a fan of music from before her time, jamming out to a variety of bands from Journey and Queen to Whitney Houston.

Just as Smith made quick friends, she also impressed her teachers. Dr. Patricia London, a now-retired Bermudian Springs middle school physical education teacher, had never before allowed students to sneak down to her office during study halls and recess, but she had a soft spot for the kids she called the sidekicks, Abby and Elana. To put her conscience at ease, she’d put the girls to work and they’d do whatever she asked, laughing and chattering all the while.

“They did it, one, because I allowed it, and two, because they were bored at study hall,” London said. “Abby didn’t want to sit still and she was so bright that she didn’t need a lot of time to do homework. She’d rather be doing something else in school.”

London stuck around a year after her planned retirement to see the girls through their eighth-grade year. Their friendship only grew from there, as the girls made it a point to take London on a trip to Hershey Park after each school year. After graduating high school, they made it a point for the three of them to meet for coffee in Gettysburg.

London admired Smith most for her deep faith in people, Christ the Savior, and God.

“There’s an intensity to her,” she said. “Everything she did was focused and driven. She wanted to do her best.”

“She was very humble and although she was good at drawing, she always thought she could do better,” Robinson wrote in an email.

Horses, cowboy hats and outdoor scenery were the focuses of much of Smith’s work, but she showed a patriotic flare as well. She entered the VFW Patriot Art competition every year, Robinson said.

Smith went back and forth as she considered joining the Air Force a few years after high school. Her one reservation, Stroup remembered, was she would be away from family for four years. Her brother, Tyler, had recently had a baby and she wanted to be all that she could be in the aunt department.

“She told me she wanted to do something that means more,” Stroup said before expounding upon her friend’s career. “She wasn’t allowed to tell me how high up she got, but she was always getting promoted and never one to tell people. I’d have to shake it out of her, or her mom would. That’s just who she was, a humble little thing.”

A little more than a week has gone by since family and friends learned of Smith’s death. Police have only said there was a personal connection between Smith, another victim Michael Tolar, and the alleged murderer, Brian Perkins. The family had never heard of either man before the incident. Smith’s friends are still searching for more answers, but are aware they may never come.

Stroup is still going through various stages of grief, she said, adding that finding peace after a senseless act of violence will take time. She knows how her friend would have liked her to approach it, however.

Stroup has not had a chance to meet with Smith’s family, one she considers second only to her own, but plans to do so on Saturday before funeral services.

“She loved her parents, her brother, her sister-in-law, nephew and extended family so much,” Stroup said. “It was always apparent, and she knew they loved her too.”

Visitation will be held at Rouzerville United Methodist Church at 11977 Old Route 16, Rouzerville, PA 17250, on Saturday, Oct. 12, at 10 a.m. followed by a memorial service at 11 a.m. Abby will be remembered with military funeral honors. Interment will be at Indiantown Gap National Cemetery at a later date.