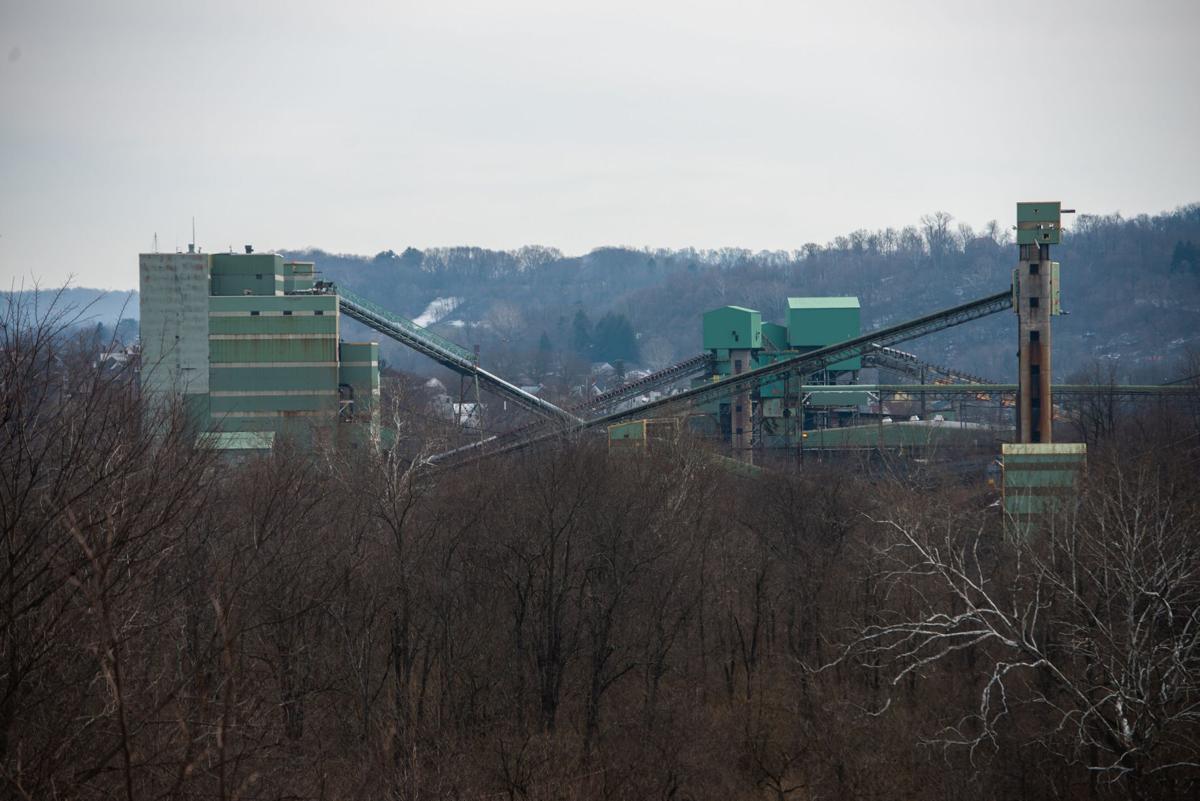 Greene County was one of several counties that saw its population further decline. 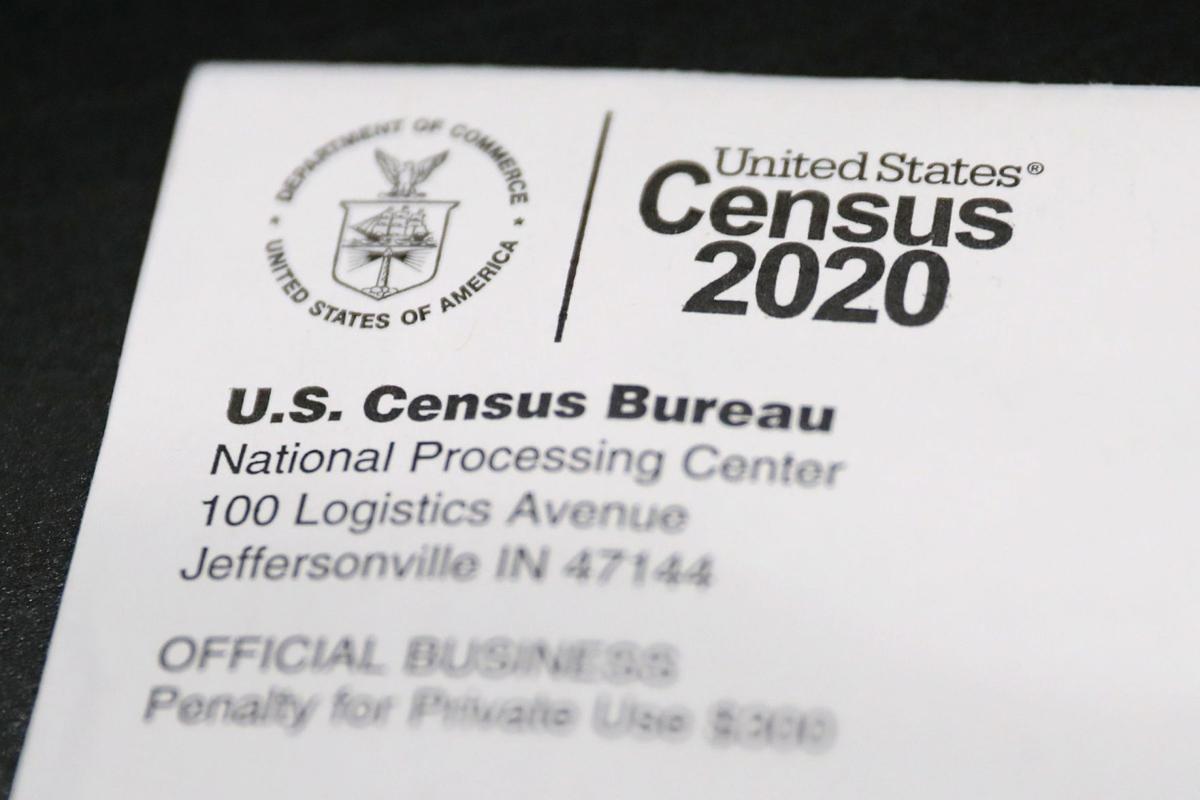 A Census 2020 envelope is pictured in Philadelphia on Thursday, March 12, 2020. As is customary every 10 years, U.S. Census questionnaires have been mailed out to the country’s households.

Greene County was one of several counties that saw its population further decline.

A Census 2020 envelope is pictured in Philadelphia on Thursday, March 12, 2020. As is customary every 10 years, U.S. Census questionnaires have been mailed out to the country’s households.

HARRISBURG — Pennsylvania became less white and more concentrated in and near cities during the past decade, changes that have major implications for state lawmakers as they prepare to draw new political maps.

Because of Pennsylvania’s sluggish population growth compared to other states, it will lose one of its 18 congressional seats. That creates a politically fraught task for the Republican-controlled legislature, which is charged with drawing a new map that must be approved by Democratic Gov. Tom Wolf.

A complicated process also awaits the Legislative Reapportionment Commission, a panel of two Democratic leaders, two top Republicans, and an appointed, tie-breaking chair that has the final say over the state legislative maps.

The commission is awaiting final data so it can create a draft plan for the public, and population numbers released last week by the U.S. Census Bureau show they’ll face many challenges and choices.

“Generally I look at this as a Rubik’s Cube problem,” said David Thornburgh, president and chief executive officer of the good-government group Committee of Seventy and managing director of Draw the Lines.

Mapmakers move a boundary for one district, which then requires them to adjust boundaries to a neighboring district and so on, all while meeting standards set out in the state constitution as well as principles widely touted by anti-gerrymandering advocates.

Here are four takeaways from the new census data and what it means for the state House and Senate maps:

One of the basic redistricting principles is equal (or at least, very similar) populations in each district.

With Pennsylvania’s population now topping 13 million, an ideal state House district should have just over 64,000 people, while state Senate districts should have 260,000.

There are dozens of House and Senate districts, primarily in rural areas of western and northern Pennsylvania, where the population is lower than the new benchmarks, according to an analysis by Penn student Gianni Hill. Republican-held districts are more affected than Democratic ones.

Those districts could be combined with others nearby, while mapmakers could also move districts from the west or north to another part of the state experiencing more population growth.

All eyes on the southeast

In 2011, the House map eliminated districts in Allegheny, Erie, and Philadelphia Counties and added seats in Allentown as well as Berks, Chester, and York Counties.

Daniel McGlone, a senior GIS analyst at Philadelphia-based Azavea and project manager of the redistricting tool DistrictBuilder, said the choice benefitted fast-growing Republican suburbs over urban areas. Now, a decade later, the trend has reversed: Democratic areas are growing faster than Republican ones, he said.

Population growth was primarily seen in the southeast and Lehigh Valley, as well as in south-central counties like Cumberland and Lancaster.

The Legislative Reapportionment Commission will have a few options when it begins redrawing the maps with the new data.

It could start with a clean slate, drawing fresh districts to account for population shifts and the growing number of Hispanic, Asian American, and Pacific Islander residents.

“There’s a perception that it’s hard to start from a blank map, but it isn’t,” said Suzanne Almeida, redistricting and representation counsel for Common Cause.

In addition to nearly equal population, the Pennsylvania Constitution requires districts to “be composed of compact and contiguous territory.” It also states that “no county, city, incorporated town, borough, township, or ward shall be divided” unless absolutely necessary.

There are also additional criteria mapmakers can adhere to as recommended by good-government and anti-gerrymandering advocates, like agreeing to only split a locality when necessary to ensure equal representation for non-white Pennsylvanians. The grassroots group Fair Districts PA pushed to mandate stricter rules, but the legislature failed to take up the reforms.

Almeida said the commission will have an incredible amount of public input and data to start with. “They just need to make those difficult decisions,” she said.

Thornburgh, of the Committee of Seventy, said starting from a blank map “might be asking a lot,” as the Democratic and Republican leaders involved have 253 sitting lawmakers to consider.

The more likely approach, he said, would be to look at the House and Senate districts, see which ones are above or below the new population benchmarks, and make adjustments from there — while keeping in mind public input and constitutional requirements.

“This is why most folks say this is more art than science,” Thornburgh said.

Moving one of the least populated House districts from the northwest or southwest to Philadelphia — home to some of the most overpopulated districts — might seem like a no-brainer. But McGlone of Azavea noted that mapmakers must also be conscious of existing so-called majority-minority districts that satisfy the Voting Rights Act and ensure non-white Pennsylvanians are given the opportunity to elect the candidates of their choice.

There are districts in north Philadelphia that have lost population, for example, but mapmakers can’t let them grow into whiter areas too much without tipping the balance.

Republicans may argue that Cumberland County is a better fit for a new House district, he said, as it saw some of the greatest population growth during the last decade.

The new census data showed large population declines in rural counties in western and northern Pennsylvania, as expected. To accommodate the changes, some rural House and Senate districts will become geographically larger.

That’s a problem for residents in those areas for a few reasons, according to Kyle Kopko, director of the Center for Rural Pennsylvania. These constituents are less likely to have internet access and, because they are unable to contact their legislators digitally, will need to drive long distances to meet in person.

“I think this is going to raise some resource allocation issues, anything from school funding to transportation to health care,” Kopko said.

The cost per capita of providing services in rural areas will increase, he said, because the remaining population will be spread out. Rural school districts have already experienced this issue as it relates to rising transportation costs for students, a report by the center found.

In testimony to the Legislative Redistricting Commission, Kopko said mapmakers “may wish to consider the ease of transportation within a district and the (in)ability of residents to effectively engage with legislators and their staff through broadband access.”

Expanding broadband in rural Pennsylvania would help level the playing field, he said, but it won’t be a panacea to stop population decline.

A decade ago, piano teacher Amanda Holt produced her own maps in Excel because she was concerned that lawmakers had split localities unnecessarily and failed to meet constitutional standards. She later became a plaintiff in a case against the state House and Senate maps and won.

Now, there are several free tools — including DistrictBuilder and Dave’s Redistricting — that allow anyone with internet access to build their own congressional and legislative maps.

“It’s a huge change, and it’s a really impactful one,” McGlone said.

Thornburgh said these tools have democratized the process and will empower citizens to spot problems when state lawmakers release drafts of the new maps.

Pennsylvania was once considered ground zero for gerrymandering — when a map’s district boundaries are manipulated to benefit one political party over another.

“Unfortunately, the reason this has become a hot button issue is that this process has been abused in the past,” Thornburgh said.

The state Supreme Court threw out Pennsylvania’s last congressional map in 2018, finding it unfairly benefited Republicans. The House and Senate maps haven’t been subjected to the same level of scrutiny, although Spotlight PA and Votebeat previously found that computer-based techniques used in the 2018 legal case show the maps skew toward the GOP.

Experts and analysts will apply those same tests to the new maps this year, and the public will be able to access those scores. RepresentUs and the Princeton Gerrymandering Project recently launched a Redistricting Report Card that will include metrics like competitiveness and compactness.

Ideally, the commission should explain what criteria it plans to use to make the maps, how it will prioritize those standards, and how feedback from Pennsylvanians will be used during the process.

“We know not all of the public testimony will be implemented, but we do want them to take it seriously,” Almeida said.

Once the preliminary plan is released, the commission needs to set aside time to hear from the public about where the maps fall short and make adjustments based on that feedback, Thornburgh said.

“If you are serious about transparency and accountability,” he said, you have to get people’s reactions to a map.”

WHILE YOU’RE HERE... If you learned something from this story, pay it forward and become a member of Spotlight PA so someone else can in the future at spotlightpa.org/donate. Spotlight PA is funded by foundations and readers like you who are committed to accountability journalism that gets results.