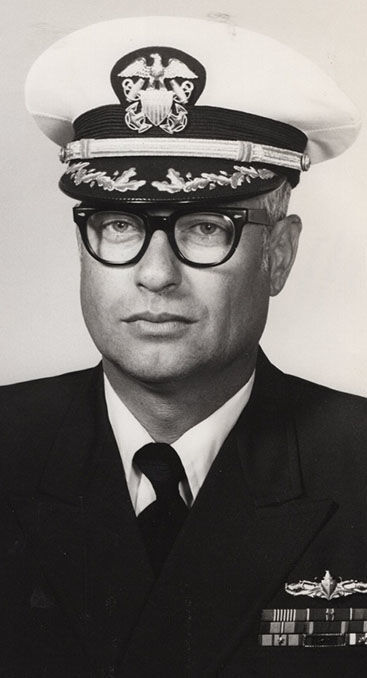 Born September 10, 1937 in South Berwick, Maine and raised in Berwick, Maine, he was the son of William E. and Christine L. (Randall) Bates. He was the husband of Mary Anne Gardner of Fairfield, to whom he was married for over 40 years.

After retirement from the Navy, Roger served as a volunteer track and field coordinator for DC Special Olympics and as the academic coordinator for the City Colleges of Chicago extension at the US Naval Base in Guantanamo Bay, Cuba.

He was a voracious reader and enjoyed all types of music and musical theater. Over the years he was a member of several choral groups including the Newport Choristers and most recently the Emmitsburg Community Chorus. Roger loved to travel, especially long road trips to visit family and friends across the country. He also enjoyed cruising.

Funeral services, being handled by the Monahan Funeral Home, will be private and at the convenience of the family. Interment will be at a later time at Arlington National Cemetery. Memorial donations may be made to Bates College Athletic Department, 2 Andrews Road, Lewiston, ME 04240. Online condolences may be made at monahanfuneralhome.com.