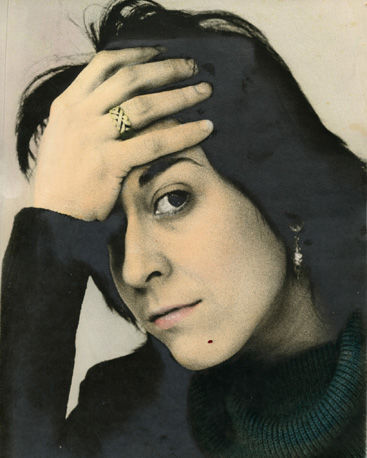 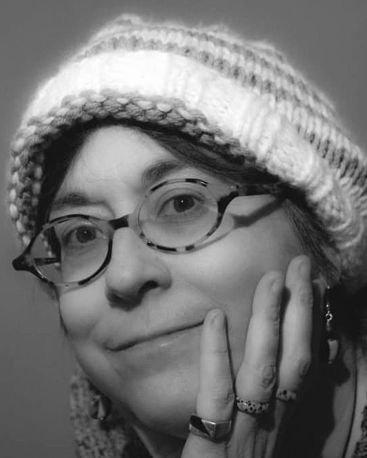 Dr. Nanette Hatzes was born April 27, 1952 in Washington, D.C. She left this earthly plane on Oct. 2, 2020, the same day as her mother, Maylou Hatzes. Only those two could pull off a stunt like that. Nanette was a beloved artistic creative powerhouse, known by many locally as the mother of “The Goddess Project,” “The Art Attack,” and “Project Burundi.” She enjoyed sneaking around Gettysburg in the wee hours, her granddaughter in tow, posting her art all around town for people to take. It appealed to her two sides, the outlaw and the artist. Her most recently finished book, a memoir of her life through her years of journaling and doodling, was just published and is available at Lark Gifts.

Nanette was an outspoken and ardent supporter of local arts, supporting the Adams County Arts Council and she was one of the original founding members of the Gettysburg Artworks, which existed for years on West Middle Street. She taught at Gettysburg High School while pursuing her master’s degree, and she maintained many of the friendships she fostered there with staff and students alike.

Always the chronic overachiever, Nanette received her PhD in 1995 from UConn and spent time as a professor and coordinator of disability services at Mount Saint Mary’s College, Penn State Mont Alto and retired from Shippensburg University in 2010.

To those that knew her, she was an open door, open hearted woman, who welcomed all she met into her world. All who knew her knew that her creativity and passion was boundless, infinite and inspirational. Services will be (as you may expect) unconventional. Look to her Facebook page for upcoming dates. She wants us to party and listen to music and drink wine, tell stories and talk all about her. Shouldn’t be a hard task for any of those who knew and loved her!

We give special thanks to her closest friends who acted as caregivers over these last few years months: Kerry Urcuyo, Julie Griffin, Sarah Stokely, Leslie Hancock, and Monica Schafer. You were the rocks we leaned upon when things got tough. But as Nan often quoted, “When the going gets weird, the weird turn pro” and you guys were her pros.

Cremation will be followed by services to be arranged at some time in the future.

Who is the Times Area Player of the Week?

Vote for your Times Area Player of the Week. Voting is open until 5 p.m. on Thursday. The winner will be announced in Friday's edition of the Gettysburg Times.