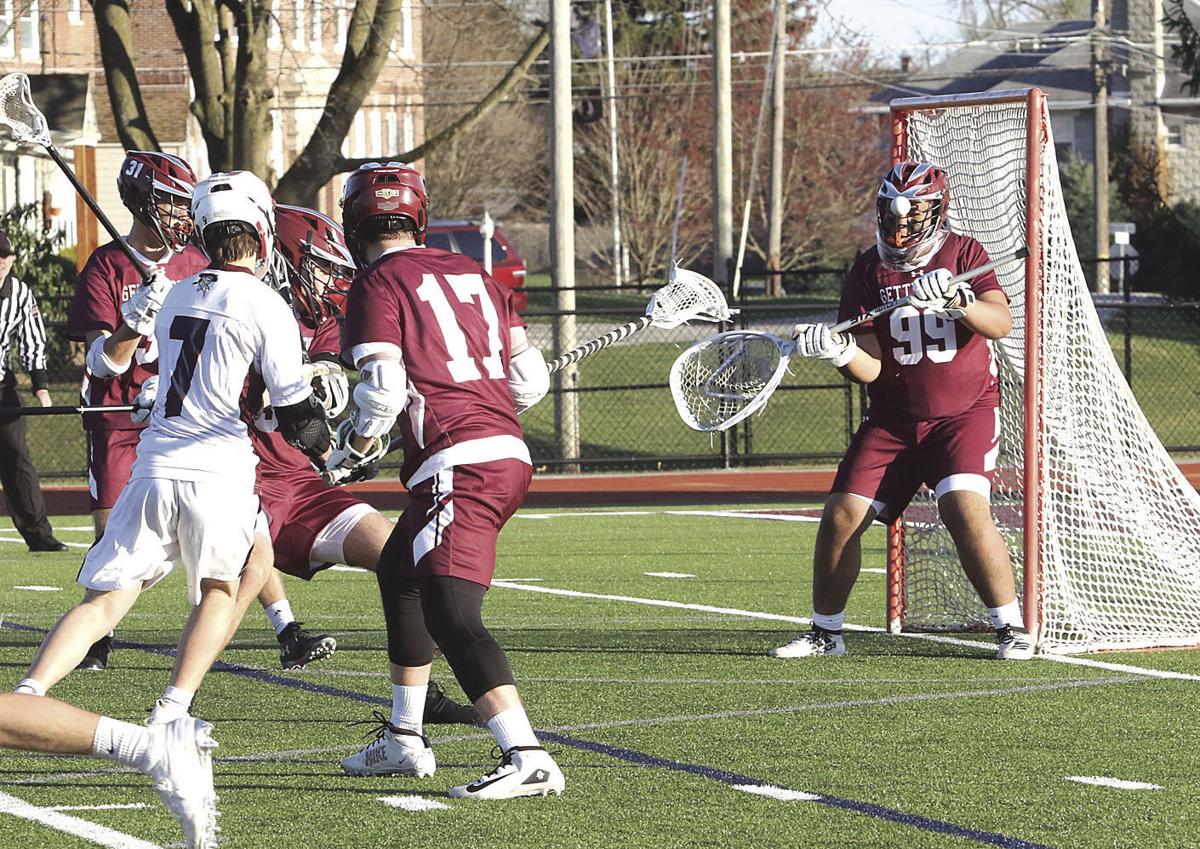 Gettysburg goalie Jerome Benjamin attempts to make a save during Monday’s junior varsity boys’ lacrosse game at New Oxford. The game was the first in program history for Gettysburg, which was forced to wait an additional year because of COVID-19 last spring. 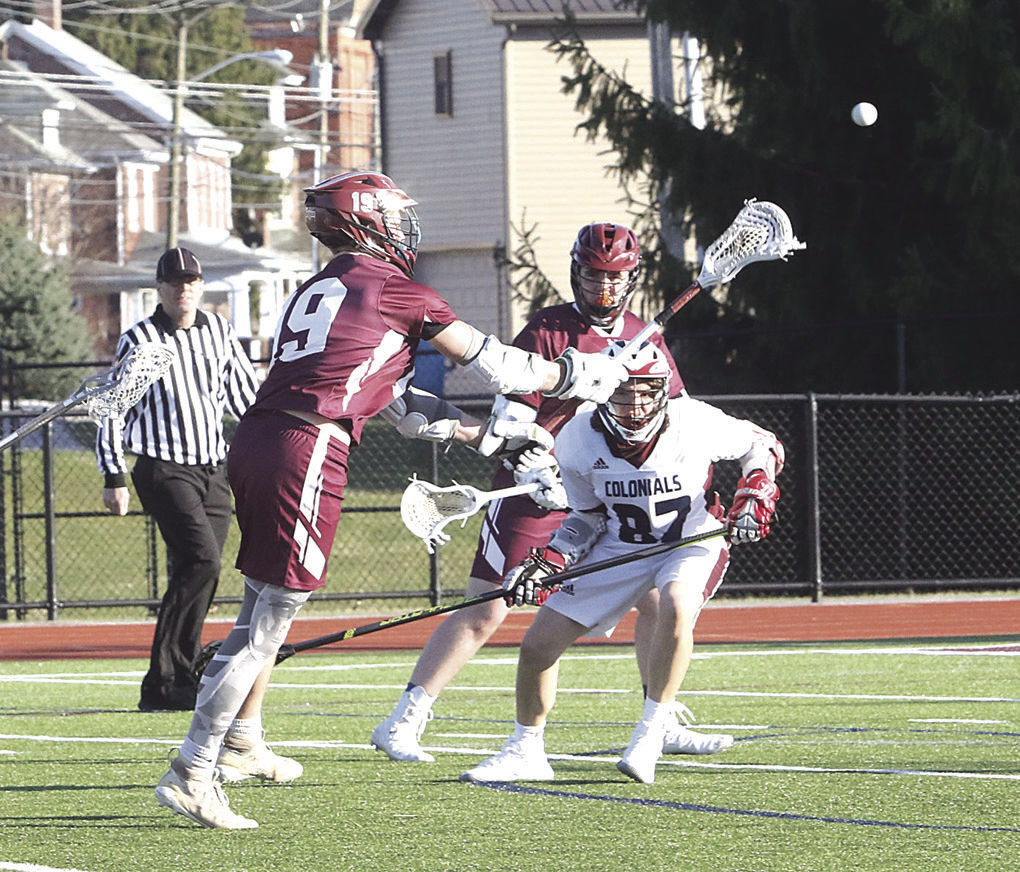 Gettysburg goalie Jerome Benjamin attempts to make a save during Monday’s junior varsity boys’ lacrosse game at New Oxford. The game was the first in program history for Gettysburg, which was forced to wait an additional year because of COVID-19 last spring.

For the Warriors, however, that score was largely meaningless.

After a year delay due to COVID-19 shutting down the entire 2020 spring season, Gettysburg was playing its first boys’ lacrosse game in program history.

“You’ve got be proud of the guys,” Warriors coach Dan Gourley said. “They put the time in last year and they’ve had a lot of anticipation. So it was good to be able to see them get out there finally play.”

Gettysburg has just one player on its roster, Danny Spangler, who had any lacrosse experience prior to Monday night’s contest. The Warriors program is currently only able to compete on the junior varsity level and is unaffiliated with a conference, something that athletic director Casey Thurston says has been tough.

“We’re just try to get the kids as many games and as many opportunities as we can right now,” she said. “It’s kind of tough without really having a conference. But tonight was just about them getting to get out and play, because it was so hard to see all our athletes work so hard last year and not get that chance.”

Senior Shane Brockett, who said he picked up a lacrosse stick for the first time in gym class last winter, scored the first goal in program history for the Warriors in the first quarter and finished the game with a pair of goals as well as an assist.

“I love it, to be able to help this program start out. No matter if it’s JV or varsity, we competed at a high level,” Brockett said after the game. “I think we did the best we could today. The growth we’ve had in the past three to four weeks has been tremendous.

“Our goalie (Jerome Benjamin) is a freshman and he’s already making nice saves. Everyone’s stick skills have improved. I’m not just saying this because I’m a part of this team, any coach can see it.”

Gourley says he puts that drastic improvement down to accountability, as well as a team which has worked hard from the jump to improve.

“They’re different personalities and that’s the fun part, when they all work together in their own way,” he said. “We talk about accountability and they recognize that. They want to improve. They want to get better and they’re hungry. They were so excited to wear the uniforms.”

Gourley said that his young players have responded well to coaching, in large part due to the leadership of captains Brockett, Spangler and Ian Bellinger.

“Our team chose who the captains were going to be and 8the leadership is strong with those three guys,” Gourley said. “Some of the younger guys that it’s new for, to see that example, not only just as good players and smart players, but as leaders who do the right things and take action and take ownership, it’s huge.”

After a year of waiting, Thurston says she’s excited to see how the Warriors programs, both on the boys and girls sides, will continue to grow.

“Lacrosse is a sport that is largely new to me as well,” she said. “So I’m learning, like them, as we go along. But as I said earlier, for them to be able to go out there and take the field for the first time as a program is really exciting and I’m glad that they got to have that moment after all the hard work they put in in the last year to get us to this point.”

Is Magic a Sin?