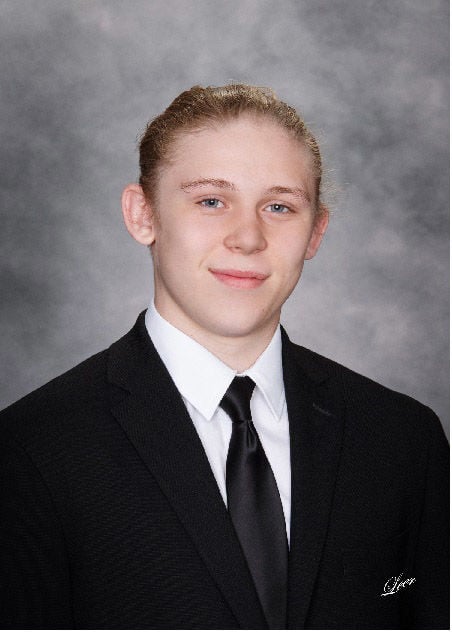 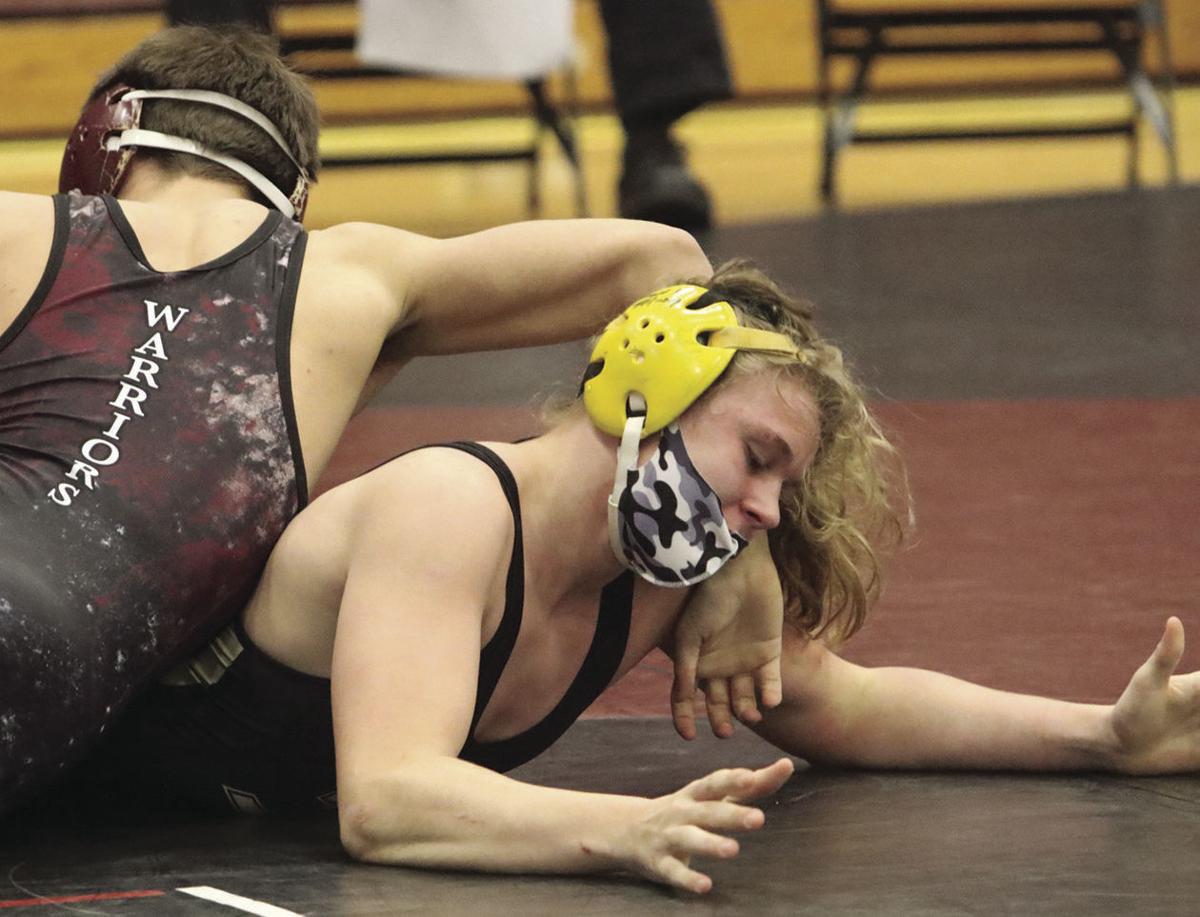 Ethan Slaybaugh, right, wrestles in a tournament for Biglerville High School in January 2021. Slaybaugh died Friday from injuries sustained in a car accident.

Ethan Slaybaugh, right, wrestles in a tournament for Biglerville High School in January 2021. Slaybaugh died Friday from injuries sustained in a car accident.

It has been a time of triumph and tragedy for the Biglerville wrestling community.

The loss of life left a hole in the heart of a community that not only embraces, but identifies itself with, its wrestlers. It has been that way for generations. When an individual or team wins a big match or brings home a medal, there is celebration far and wide, not only by those still residing in the small town but also those who have since moved away but will always be a part of Canner Nation.

When there is a tragedy, and none are bigger than the sudden loss of a young life, it is felt by all.

“It really hurts the community,” said Haines, who was Slaybaugh’s teammate since their introduction to the sport. “He impacted more people than he realized. He trained a lot with me the whole way through, and we wrestled back-to-back weights since first or second grade. We lost a great person who was always there no matter what. I’m definitely going to miss him, he was one of a kind. I loved every part about him.”

Biglerville head coach Ken Haines gathered his team at the high school on Tuesday as it worked through the grieving process.

“Everybody deals with situations like this differently,” said Ken. “Some are more open to talking, others are not. We’ve encouraging the guys to communicate. There are people here (at the school) who are willing to listen and help them get through this. Don’t bottle feelings up inside, use the resources that are here to help us through this situation.”

Slaybaugh made a lasting impression as a freshman, both with his performances and his long blonde hair that was impossible to miss. Competing at 113 pounds on the varsity level, he had a solid regular season going 18-10. But it was in that postseason where Slaybaugh showed his grit. A fourth-place finish at sectionals was followed with a sixth-place effort at the District 3-2A Championships. A longshot at the Southeast Regional tournament, Slaybaugh nearly pulled off the improbable when he battled to within a win of qualifying for the PIAA Championships, fighting until there were zeroes on the clock.

Ken Haines coached four of his wrestlers to states that day, and very nearly a fifth thanks to Slaybaugh’s determined effort.

“He was always somebody you could count on to give his best,” said Ken. “You never counted him out of anything because he would compete no matter who he was wrestling. He was just a great competitor that was a pleasure to have on the team.”

Biglerville High School will hold funeral services and a viewing for Slaybaugh today from 9 a.m.-noon, followed by a gathering of friends and family at Oakside Community Park.

A GoFundMe account set up to help with medical and funeral expenses raised nearly $33,000, with more than 300 donations as of Thursday evening.

As the Biglerville community puts its arms around those affected by Slaybaugh’s passing, it is also supporting Levi as he prepares to compete for a world title in Hungary. An inspiring run to gold at the Cadet nationals in Wisconsin secured a coveted spot on the U.S. team.

It didn’t come easy, as Haines passed stern tests in the semifinals and finals to become a national champ. He earned a point for a push-out with six seconds left to edge Joseph Sealey in the semifinals, setting up a best-of-three finals series opposite Iowa’s Aiden Riggins.

Several leg-lace turns gave Haines a quick technical fall in the opener but Riggins battled back to win the following bout. Facing a pressure-cooker of a bout with a national title on the line, Haines looked no farther than what it took to put him in that position in the first place.

“A lot of that has to do with falling back on my training,” he said, referring to his time with the M2 Training Center located in Pleasant Gap, PA. “We do a lot of go’s where we have 30 seconds to score and things like that. I felt confident in my abilities to score and I knew I had good enough conditioning.”

The calmness and confidence were apparent as Haines rolled up a 10-4 lead before pinning Riggins to nail down a spot on the U.S. squad.

“That was a really cool experience and it was a little more enjoyable because a lot of my M2 teammates were there, and they crowded around me when I came of the mat,” said Haines. “It was a special time and those guys had a lot to do with it, they helped me to get where I am. They supported me and pushed me at practice to compete a high level. I’ll forever be grateful for those guys because they’re awesome people and great wrestlers.”

It didn’t hurt that Haines had an ace in his corner in M2 coach David Taylor, a two-time NCAA champion while at Penn State and a 2018 world champion who will compete in the upcoming Olympics in Tokyo.

“I remember watching David wrestle in college, so it was a surreal experience,” said Haines, who has trained at M2 for three years. “I never knew that he’d be my coach but I wouldn’t change it for anything.”

Haines will take part in a pair of U.S. team training camps in South Dakota prior to the world championships, which will be held July 19-25 in Budapest. In another show of unwavering support from a community that loves its wrestlers, more than $10,000 has been raised through a GoFundMe account that was established on May 3 to help defray training and travel costs.

Consistent with his style on the mat, Haines is attacking his training and the opportunity to compete internationally for the first time.

“I’ll expose myself to international wrestling at a younger age and I’m excited to go and be a part of it,” he said. “It’s an awesome opportunity and I don’t want to stop short of what I want to achieve. It’s cool to say that I’m competing for the United States. Hopefully, it’s the first time of many.”

That has never been truer as the community celebrates the achievements of a champion while mourning the loss of a fallen Canner.

What to do if you lose your compass

I sometimes go for a week or more without getting into the woods, then I go there and remember why I was feeling so badly about not.

After graduating from high school, he enrolled in a community college EMT program. Upon graduation, he accepted a position with a municipal fi…