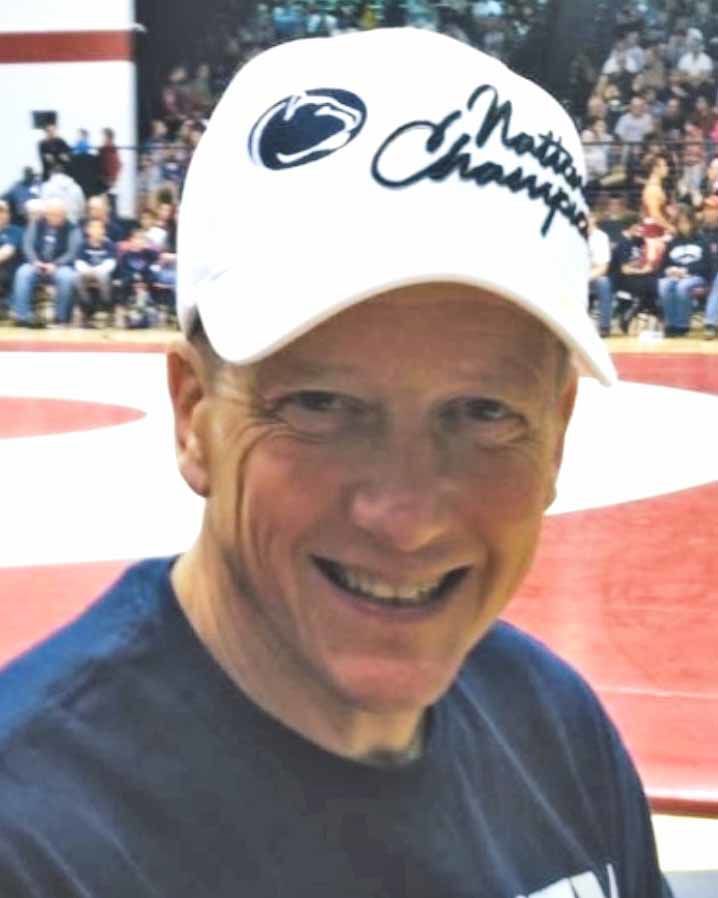 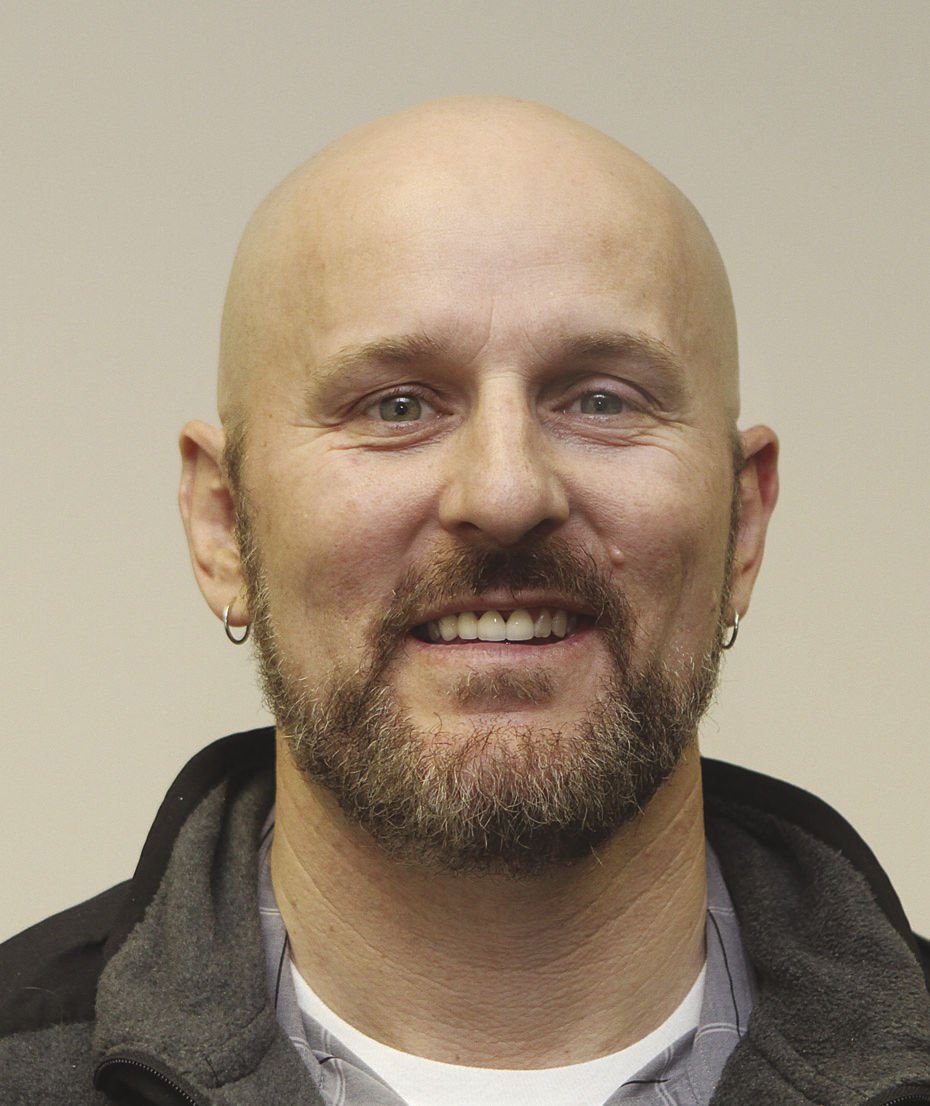 As cheap dates go, taking your soon-to-be wife to a high school wrestling match you were covering for the Gettysburg Times ranks right up there. But she was a good sport, so we squeezed into the crowded bleachers at New Oxford High School on a Saturday evening. It wasn’t long before things heated up – both on the mat and off – as the Colonials slugged it out with a division rival.

During a particularly tense moment Jill tugged on my arm and pointing, asked: “Who is that little man standing on a chair?”

That was Coach Conaway in a nutshell, someone who possessed as much passion for the sport and care for his wrestlers as anyone I’ve met in my 23-plus years in this business. He had an infectious personality and a sparkle in his eye and was just as excited to ask me questions about wrestlers, teams or tournaments as he was answering mine. Conversations intended to last minutes would easily stretch into an hour, taking us in different directions but always leading back to wrestling.

I was reminded of those chats earlier this week when learning of his passing. He had been battling early onset Alzheimer’s and I knew things had been tough, but I had to smile at the thought of him leaving Earth on the 4th of July because he was a firecracker.

Wrestling coaches are typically an animated sort, and Dave Conaway was just that when in his element. Countless times I recall his assistant coach, Scott Anderson, reeling him in as he stepped onto the mat or questioned an official’s call. At one point I considered giving Anderson a fishing rod so he could hook Coach before he strayed too far off the bench.

I remember covering the first night of a Class 2A sectional tournament at Delone Catholic High School one Friday evening, which wrapped up early. Before heading back to the office, I swung by South Western High School where a 3A sectional was taking place. While chatting with some colleagues at the media table and watching the action, Coach Conaway came over and excitedly began sharing his ideas for expanding the New Oxford Tournament. Ahead of his time, he envisioned a 32-team event over two or three days, utilizing two gyms at the school. He couldn’t hide his excitement.

He even asked a writer for a piece of paper and a pen and began drawing up team pools and schedules before one of his wrestlers was up for a bout. He left to coach his wrestler, but moments later returned and picked up the conversation without missing a beat.

I was there to cover the highs and the lows for Coach Conaway, one of the most subdued moments coming in 2010 at the PIAA Championships in Hershey, where his son, Jordan, had just taken a 7-6 defeat in the 103-pound quarterfinals. Dave stood silently to the side while Jordan, obviously hurting from the loss, explained how he let a golden opportunity slip away.

It was only the three of us, and the emotions from Dave and Jordan were real and clearly painful.

That image remained with me for a year, until Jordan had a second shot at gold with his father in his corner. Jordan delivered a masterful performance that evening in 2011, beating the same wrestler who had dealt him that crushing loss the season before, by a 10-4 margin for the title.

Again, Dave stood to the side while Jordan spoke of winning a state championship. That sparkle in his eye burned brightly, and when I turned to him, he was beaming.

“We got that first takedown and the second one, and he was like ‘holy smokes,’” gushed Dave. “It just got more fun after that.”

After a few moments the wave of adrenaline receded, and Dave wiped tears from his eyes, saying “This was pretty special.”

Indeed, it was. And I was lucky to be there to share that incredible moment between a father and a son.

I was also there when Dave, reluctantly, resigned from his head coaching position at New Oxford in 2013. He led the program to 175 wins over his 21 years in charge, crowning 24 section champions, four District 3 champions and guiding six wrestlers to the 100-win plateau.

The numbers were nice, but never the reason he coached.

“I loved it when our kids put it together and wrestled way beyond what they thought they could,” he said when I called to discuss his resignation. “The development of kids that maybe had average ability and all of a sudden got better, fought hard and won a big match for us, was great.”

Dave continued to coach after leaving New Oxford, spending time as an assistant at Red Lion and Spring Grove. Stepping away from the head chair gave him time to follow Jordan, who followed up his remarkable scholastic career by going on to become a two-time All-American at Penn State University, where he helped the Nittany Lions capture national team titles.

You could have searched far and wide and not found a prouder papa than Dave, that I am sure. And you could not find a championship wrestler more kind or humble than Jordan, an incredible young man raised well by Dave and his wife Jackie.

Upon his retirement from New Oxford, Dave made a point during our interview to thank her.

“I’ve been away from my (family) for long periods of time working with other people’s kids, and she was such a trooper,” he said of Jackie. “She was a great mom and wife, and I’m so thankful.”

There were still a few phone conversations with Dave after his coaching career concluded, mostly about wrestling and some about his faith, but none without him asking how my family was. Or trying to convince me his beloved Chicago Bears were going all the way that season.

A teacher in the classroom and the wrestling room for 33 years, Dave Conaway impacted countless lives in so many ways. I count myself among those lucky enough to share time with him.

When the merits of “sustainable” growth are mentioned, the factor most often mentioned is more revenue for the local treasury.

It wasn’t one of the fancy colors. It was the original steel-grey. It was about eight inches long. It was behind her desk. The only people who…